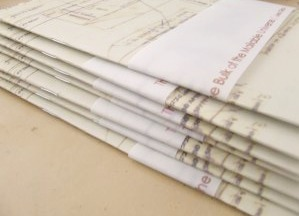 Hello and welcome to the Women Publishers' Roundtable!  Here you'll find the last interview question that was circulated among these small press editors, as well as the conversation that followed.  Enjoy!


Interview Question 6: Who do you envision as the audience for your press? For a feminist/woman-centered press more generally?

Kristy Bowen (Dancing Girl Press):  I once had someone argue that women-centered presses were a bad idea, that they segregated women’s writing off into a separate sphere (presumably a sphere of interest only to women, which is completely inaccurate.) While I won’t even go into his ridiculous assumption that somehow male=universal and female=other, I did begin thinking about what dancing girl as a feminist press actually does and why it does what it does. If women continue to be published at a far less statistical advantage than the work of men, obviously there is a gap in the conversation of American poetry, a gap that I hope the titles we release work toward filling.


S. Whitney Holmes (Switchback Books):  We spend a lot of time talking about our audience. Who are they? We’re always a little baffled by it, and that’s something we’re hoping to keep better track of in the coming years. But just from our un-scientific observations, we have a pretty diverse readership. For one (to piggyback on what Kristy said), our readers aren’t just women. They also aren’t just poets. This I think goes back to what we’re trying to accomplish with our mission. We know that the audience for our books will always overlap with the submissions pool, but by making closely edited and beautifully designed books that touch a range of aesthetics and experiences, we enable ourselves to reach a broader audience.


Gina Abelkop (Birds of Lace Press):  I am unabashedly most interested in providing literature for women and queers, in their vast expanses. What that means to me is that I’d like to lessen the loneliness and strengthen the nature of relationships within my community, connect people. A confused hot/loveline. I also think that most humans are freaks who feel like freaks, sometimes secretly and sometimes not, and it’s nice to read something gross and funny and smart and feel hope, excitement about being alive at the same time that such great writing and art is being produced and shared. I hope Birds of Lace has an audience that would delight and surprise me. What I want from a feminist press is a diverse range of writers/experiences and lives being written about in ways that are complex and sometimes confusing but always sprout a new carrion-eating/producing creature in your brain.


Lisa Marie Basile (Patasola Press): We seem to have a very diverse range of readers—poets, writers, friends, males, females, people of all sexual backgrounds, academics, working folk, and we’re very happy about it all. We want our work to appeal to everyone, recognizing that some work is very specific and may appeal to certain kinds of people. We just want to include everyone in the conversation. We just don’t want to publish safe work. We want to our work to be able to speak to people because it’s bold and daring, and has the power to infiltrate any one’s mind who is open to it. Anyone is welcome to love us, join us, submit to us.


T.A. Noonan (Sundress Publications): Obviously, as both Kristy and Whitney have pointed out, our audience is strongly made up of the kinds of people who would submit to and publish with our press, but that isn’t the end all and be all of our audience. I think as we’ve grown, we’ve reached out to a lot of different people who appreciate not just good writing by women, but good writing in general. One of our biggest growth areas has been among young writers, those who are perhaps not well published but invested in knowing what’s “out there” and becoming a part of that plurality of voices. I think they are a strong subset of the feminist/women-centered press’s audience(s) because they are the most likely to take the lessons at the heart of such presses and apply them in a larger capacity—reviewing, promoting, and celebrating books by women without that “female=other” construction in their minds.


Erin Elizabeth Smith (Sundress Publications):  I used to think I knew exactly what our readership was like at Sundress, but in the last five years, it's so hard to tell.  Our projects are so diverse that's I think it's hard to pin us down.  Certainly we're not as experimental (as a whole) as T.A. is at Flaming Giblet, but we're open to pretty much all types of writing as long as it resonates on some emotional level.  Thirteen years later, I'm still not a fan of clever for clever's sake.


That being said, I think a lot of people make assumptions about us because of our name; Sundress definitely has a gendered assumption to it.  But the more people become familiar with the Bestof the Net or our journals (which include magazines devoted to sports poetry and trailer park philosophy), the less I think they consider us a “women's press,” which is too bad.  Because we're a pretty fucking badass press, run by a lot of badass women.  (And Nick McRae.  Hi, Nick!)


Kristina Marie Darling (Noctuary Press):  One of the questions that comes up most frequently when I'm talking with someone about the press is, "Why don't you publish men?"  I find that our decision to publish exclusively female writers gives the impression that our audience is only women, and that men aren't welcome.  This is completely untrue.  Noctuary Press strives to create dialogue about the gender politics inherent in our definitions of genre, and this is an issue that concerns everybody in the literary community.  It's strange to me that the question of audience never really comes up with literary genres that are predominantly male, or, this question is never phrased in terms of gender.  Kristy's absolutely right that many people have created a dichotomy in their minds, where male = universal, female = other.  Because the press strives to interrogate this kind of thinking, and the ways that it manifests in our treatment of genre, I hope that we'll cultivate an increasingly diverse audience.   I say this because I believe that everyone benefits from greater diversity and inclusion in the publishing world, not just women or other underrepresented social groups.
Please stop by for the next installment, which will include the editors' advice for women hoping to start small presses!
Posted ∀ at 3:41 PM