These three poems by Margaret Bashaar come from a longer series of poems, each of which, in Margaret's words, deals "assault, rape, shaming, imbalance in sexual dynamics, guilt, silencing." The series is forthcoming from Crisis Chronicles Press in 2015 as part of their second Oct. Tongue anthology. --SBB

You will believe for many years –
23 at least – you sprang fully-formed
from the head of a man
not your father, that the nape of your neck
is where the evil slips in if you let it.
You will believe in things like genetic
memory and the body as divining rod,
drawn deep into the earth. We all want
to escape the fear of blood. We all want
to find ourselves wrist-deep in it one day.
You will read and burn a thousand
mythologies of the violence we do
on each other
on ourselves.

We are all fish held firmly in the jaws of other fishes,
don’t understand why we all keep eating our young,
every day a new cannibalism.

Take each other down with bites to the neck
like good monsters. Pretend you never heard the story
of the Wendigo, the werewolf.

Pretend you did not sculpt yourself a new set of teeth
with serrated points.

Just When You Think You Learned to Forget

There is a door that swings open and shut.
On one side, a room and you are in the room
and you are alone and though there are no windows
you eat, you sleep, you walk back and forth
and that is good.

On the other side, the sound of a train,
something that is either yelling or a whole pack of dogs,
glass shattering over and over. 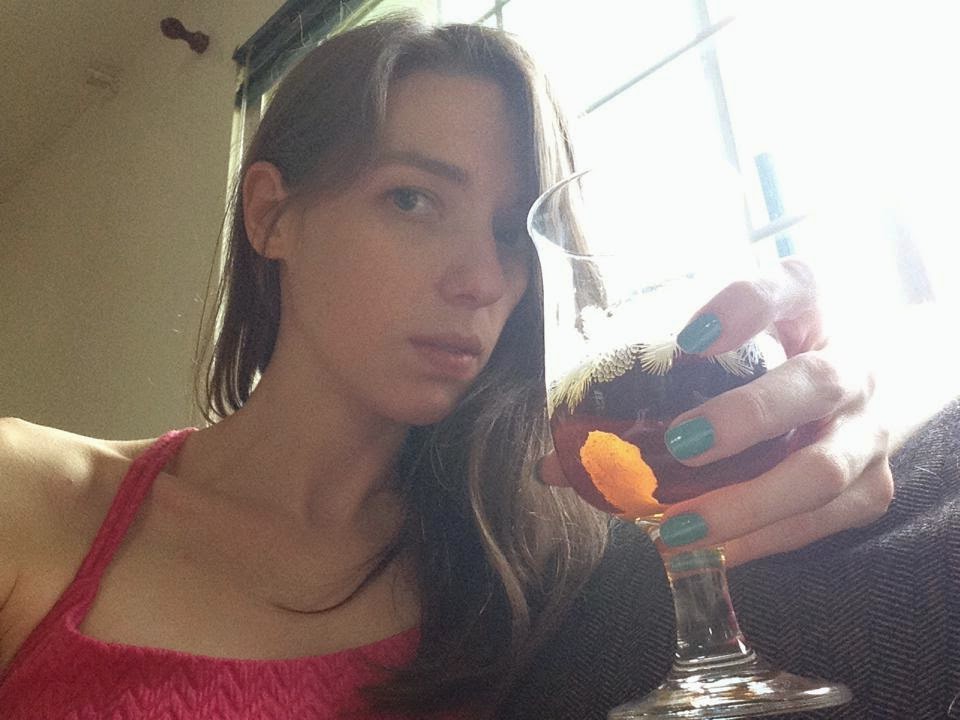 Margaret Bashaar is the editor of Hyacinth Girl Press and her first book, Stationed Near the Gateway, is coming out from Sundress Publications in 2015.
Posted ∀ at 3:09 PM