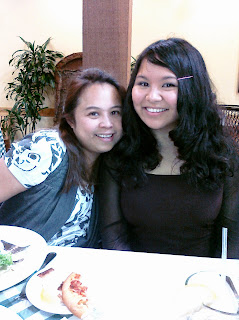 There is a woman walking along an empty street at night. We are following her. She’s dressed in black; her hair is black, her low, scuffed heels are black. Hanging from her left wrist, a slim purse. Houndstooth grey and black. It is an hour when no one should be awake, so quiet we can hear her feet scrape the pavement, the electric hum of streetlights. We can almost hear her breathe.

She has wrapped several gold bracelets around her right wrist. All of them fine chains, some bearing charms, some empty. They rest on her skin like cousins or sisters. They glint as she moves.

The widow chain smokes by the pool. She has me wait til she finishes her coffee and tuna sandwich and the dishes are cleared away, then waves me over to her table with a manicured red claw. My seat faces the sun and I am smothered with light and heat and her jasmine perfume. My temples feel like the taut elastic of a slingshot. The widow lights up again. ‘Lasing ka ba, iha? Hindi ba medyo maaga pa?’ Her eyebrows are penciled in such arches they float above her mock disapproval. ‘Kaarawan ko po, Tita.’ She laughs like a shout. Her hair is a coarse cloud of reddish brown from a bottle. ‘Talaga, ha. Sige, bibigyan kita ng birthday discount.’ She shuffles the long deck, cigarette clamped between her thin red lips. The tops of her knobby hands are three shades darker than her powdered face. Over her shoulder, a girl in a pink and yellow suit swims the width of the pool, head underwater, one hand pressed to the wall. A grey haired man treads water and shouts at her to let go. He is loud, but not unkind. ‘O, ito na.’ The widow places the stack of cards between us. I cut them once, twice, a third time. She gathers them again and runs her hand across the table, the cards gliding down in a perfect line. ‘Pumili kang .’ I do. ‘May tanong ka ba?’ I tell her. She opens all the cards at once. There are no words, only swirling illustrations that remind me of mah jong tiles. I have a golden bird flying over water, an open poppy, a bridge or a fortress, a sea, a blue bird flying over trees. The widow sucks her dentures and smokes. ‘Isang babae muna.’

Sending in a letter to tell them what happened to you. I never told the soldiers how I’d been grieving over you. If you hear it maybe you will know. When you hear the line about. You’ll think about the two of us and you’ll come home. I can’t ignore the event of your departure. But just to say I know you are not only this. And not only the recovery subsequent to this. And not only the remittances & the opinion pieces & the travel documents attendant to this. But your life. If you knew just how I felt why’d you make me wait. Life goes on and on while you play with my heart. I would’ve wanted to meet you at the gate because we share a family. We spent time in the same village. Desert city garden. Don’t hold out any longer cause now I know how you are more than real. Cause I heard it really loud cause they said it on the air. That you stow your grownup songs and dances in the overhead compartment to stave off amnesia on the flight. That these are later transmitted and received via hunger, thirst, and the passing of lanterns. That the diffusion of light cannot be arrested.

It was reported that she carried a wicked bolo in her purse. And she once pressed its tip almost to the point of breaking into the adam’s apple of a man seven inches taller than her at a bar while her friend brought the car around.

In fact, it was only five inches. A favorite pair of boots with modest heels.

The cellist drove a beaten clattering tank. There were no seatbelt buckles in the backseat, the passenger window closed up to one last inch of open air, and where the radio used to live was now an extra compartment stuffed with receipts, sticky pennies, and glossy fliers for various club events where they only played Top 40. I would stand on the stairs and watch him untangle and wear a discreet pair of headphones. Though he knew I still hadn’t gone inside, the car door had closed and I was no longer present. He would drive away without so much as a wave. I would watch the grey tank until it turned right at the corner.

Most of the time, the playwright sees me off on the bus, even when I say he doesn’t have to. From the back windows, I catch him crossing the street, hands in his pockets. The set of his mouth has shifted to solitude. His alone face. I think of the bare walls in my room, how my clothes twist around each other and spill out of suitcases. I think of the white walls in his room. The words he struck into the space above his bookshelves and tried to paint over. They remain there, faded through the layers of white. Anyone can read them.

Through her thick yellowing lenses, the seamstress peers at the tape she has looped around my waist. The black dress I wanted taken in last week refuses to close. She clucks her tongue, releases the tape. Her blue housedress flutters around her bony legs as the electric fan rotates in our direction. ‘Take it off, take it off. Leave it here, I won’t charge you.’ ‘Why?’ ‘Unlucky dress.’ She takes a long yellow skirt down from a rack and brings it to her table; someone else’s alteration. I open my mouth for a polite argument. She says, ‘That baby doesn’t want to grow in a woman who cries all the time. Stop seeing those people, stop going to those places. And don’t wear anything again you have wept in more than once.’

Someone is leaning against a fence a few doors down from his/her lover’s house. She/he holds her/his face inside her/his palm. This person is

This happened again and again over the course of the following years:

We know there was an only son.

There is a woman walking along an empty street at night.

They predicted you, Josefina.

You were the first of us to make it back.

Yael Villafranca is a poet, an organizer with Babae San Francisco/GABRIELA-USA, and a student at the . She was a Kundiman fellow in 2008 and studied with Aimee Nezhukumatathil. She has work appearing in Bindlestiff Studio's upcoming Bakla Show 2010, running the first two weekends of June at the Thick House in San Francisco. You can find more information at https://sites.google.com/site/thebaklashow2010/