When I was a kid, I used to draw pictures of women and girls and design their clothes; on the back of the sheet of paper, I would name the characters and write a paragraph about their outfits and their lives. Two decades later, I’m midway through my first novel which is set in the world of vintage fashion in Los Angeles, and I realize that what I’m doing now is essentially the same thing: starting with an image of what women wear—their fantasy dream dresses—and creating a narrative inspired by these dresses. 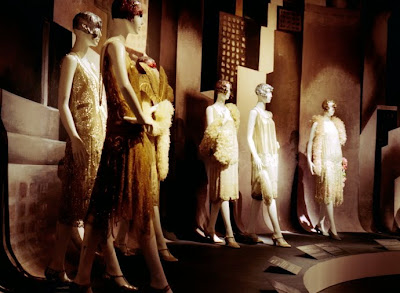 In my novel-in-progress, thirty-year-old Violet West lands a job at an exclusive vintage haute couture atelier in Beverly Hills and assists with curating an exhibit on Fashion & Surrealism. Her responsibilities include transporting dresses by Elsa Schiaparelli and Madame Vionnet from the atelier to the museum where the exhibit is held; ordering mannequins for the exhibit (Bonvari, from Italy); locating pieces on the exhibit’s object list (Salvador Dali’s pink plush sofa, Mae West’s Lips, Meret Oppenheimer’s fur tea cups, Eileen Agar’s Ceremonial Hat for Eating Bouillabaisse); and problem-solving all sorts of complications with the design of the exhibit space, which is meant to invoke the window displays of Schiaparelli’s atelier at 21 Place Vendome, Salvador Dali’s infamous Bonwit Teller windows, and the mannequins in the surrealist tableaux in the Surrealist Exhibitions of Paris in 1937 and 1938. 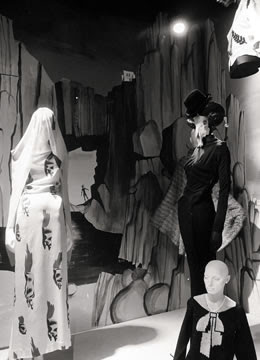 I started the novel three years ago as I was in the midst of revisiting my graduate school research on poet, publisher, heiress, and modernist/surrealist style icon Nancy Cunard, whose diaries and scrapbooks I poured through at the Harry Ransom Center at UT Austin (and who had an affair with nearly every surrealist imaginable). Nancy has stayed with me over the years—from an image of the leopard coats, Lily Dache turbans, and armfuls of African bracelets she wore, to the pamphlets she edited on the Spanish Civil War and the anthology on black literature she edited in 1934, Negro, to the work she inspired as a muse to Aldous Huxley, Louis Aragon, Man Ray, Hemingway, and T.S. Eliot in early drafts of The Wasteland, among many other artists. I wrote a few thousand words of fiction about Nancy, experimenting with the idea of writing an historical novel, but what I wrote sounded stilted and wasn’t in my voice at all. But I was drawn to the details I’d researched about Nancy’s extravagant and rebellious wardrobe. (The velvet coat she once had stenciled with pure gold, the armor she wore to a charity ball during WWI, the small flask of rum she kept in her silver metal mesh handbag, along with dark kohl to line her eyes.) 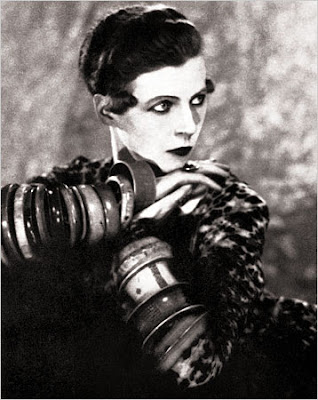 A few days after revisiting my research on Nancy, I happened to spend a few hours with the owner of a vintage couture atelier in Beverly Hills with my glamorous mother. The notoriously prickly owner was actually quite friendly, as she was clearly taken with my mom and her platinum diamond jewelry and sparkly 1920s celluloid bracelets. I waited in an overstuffed chair while my mom had her new navy 1930s-esque Moschino dress from the 1980s altered. Then later that night I went home, wrote down everything that had transpired, and invented a backstory and a name for my narrator, Violet, who, like me, grew up with a glamorous mother who collected vintage, and unlike me, was fired from the Costume Institute in New York after trying on a pair of Salvatore Ferragamo rainbow sandal heels from 1938. 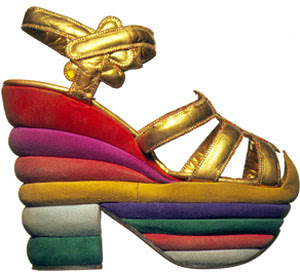 It was recently pointed out to me that I seem to do a lot of research. But even after three years of pouring through books on vintage fashion, attending exhibits at the Costume Institute, buying magazines such as Votre Beaute and Flair at the Santa Monica Vintage Expo, surreptitious sleuthing at Los Angeles vintage haunts, and investigating the process of dressing a mannequin and making paper wigs for exhibits, it somehow seems strange to think of these activities as “research.” Even before I started my novel, this is simply how I have always enjoyed spending my time. At vintage stores with names like Puttin’ on the Ritz, Nobody’s Baby, and Drama, buying puffy-shouldered 1940s pin-striped suits and patriotic navy and red flouncy rayon “Victory” dresses from the end of WWII, black jersey flapper dresses with beaded necklines and asymmetrical hems, 1960s Mad Men-esque dresses from British Hong Kong, and 1970s polka dot halter dresses to wear on dates, to clean the house in, and to write poems about. 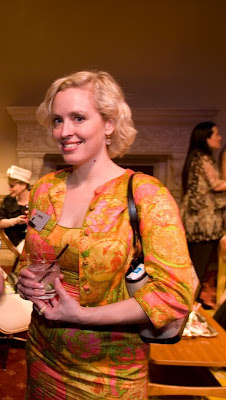 I love vintage dresses because they are full of stories, both my stories and stories that precede me. They are also very much about the world of fantasy. There’s something about the mystery, theatricality, and unknowability about the dress’s former life, and the time in which the dress was first worn and made, that has always intrigued me. I also grew up surrounded by vintage—
my mom had a vintage clothing store when I was a child, and her favorite decade is the 1920s—so some of my earliest memories are from accompanying her to estate sales and flea markets (which perplexed me, at age four, confused that that’s where we’d come to find flees for our Maltese—a very 1920s dog, incidentally). The past has always seemed readily accessible to me in this way. In the sparkly bracelets, gold sequin change purses, and translucent Lucite Patricia of Miami handbags that accompany us through our daily lives (and render daily life all the more interesting, glamorous, and story-worthy).

Bio: Amy Boutell is a graduate of Barnard College and the Michener Center for Writers at the University of Texas. Her fiction is forthcoming in Post Road and has appeared in Nimrod, New Letters, and Other Voices. She has been awarded residencies at the Ragdale Foundation and the Norman Mailer Writers Colony. She lives in Santa Barbara where she's at work on her first novel, The Invention of Violet, which was a runner-up for the 2010 Pirate's Alley/Faulkner Society Novel-in Progress Competition.
Posted ∀ at 2:00 AM