There is a story written by Zora Neale Hurston about a recalcitrant little brown girl who cannot stop dancing. Little Isis Watts. Also know as Isis the Joyful, as her presence is haloed. Movement is her way of being in the world. Her grandma gives her tasks and chores and she does them begrudgingly, her body unable to sit still or be disciplined. Hers is a body that refuses to submit, that insists on occupying space with limbs extended, armed with quick feet and swerving hips that leave enormous ovals of energy in her wake. She cartwheels to the yard to do her chores, romps around while raking leaves, and intermittently frolics with the dogs while washing the dishes. When a carnival takes place nearby she feels that she must go, that she must take to the stage and dance while the band plays and the audience watches. While running down the road toward the carnival, she stops.

“She realized she couldn't dance at the carnival. Her dress was torn and dirty. She picked a long-stemmed daisy, and placed it behind her ear, but her dress remained torn and dirty just the same.”

But Isis has an idea. She returns to the house, takes her grandma’s new tablecloth out of a tattered trunk, and runs to the carnival with the tablecloth wrapped around her body. At the carnival she dances as the band plays, amassing a crowd that is fixated on her presence—the presence of a little brown girl whose feet twinkle beneath the fringe of a tablecloth.

“The Grand Exalted Ruler rose to speak; the band was hushed, but Isis danced on, the crowd clapping their hands for her. No one listened to the Exalted one, for little by little the multitude had surrounded the small brown dancer.”

When her grandma catches her dancing at the carnival in her tablecloth, she runs to the creek and wants to die, but the sentiment passes after she enters the water with the tablecloth and begins to splash and sing.

*
What does a little brown girl need to do to ward of the feeling of wanting to die.

I think about this.

I think about little Isis Watt’s guerilla occupation of the carnival, the way she insisted on taking up space, the way her tattered clothing almost stopped her. But she stole the tablecloth to cover the markings of poverty, the markings that were meant to keep her off the stage and out of the limelight. Isis gave herself permission to inject her body in the festival and her presence was so huge that nobody gave a shit when the Grand Exalted Rule rose to speak. I imagine the Exalted one to be a white man eager to command the audience’s attention. But Isis takes away his power. Her refusal to be barred from feeling a sense of fabulousness and bigness is a revolutionary gesture, for it decenters the white person’s claims to grandeur and fabulousness. And she accomplishes this by whatever means necessary, by stealing the tablecloth, by performing extravagance without actually having access to extravagant clothing.

Fashion is all about the way you occupy space. Any potential that I find in fashion has to do with brown girls and queers of color occupying space in ways that don’t make them feel like shit. Or using class drag to disrupt the exclusivist boundaries around white opulence. The foul air of self-importance. I have seen the way that fashion-as-the-worship-of-whiteness fills brown girls with self-hate, the way it can ravage their sense of self-worth. We exist in a world that insists that the value of a person corresponds to their wealth—the value of their commodities. Fashion can also obscure the violence of our lifestyles, the slave labor of brown bodies behind the name brands. I am interested in fashion insofar as it can be used to disrupt the racist, classist and capitalistic underpinnings of the fashion world, like the queer people of color in the documentary Paris Is Burning, who steal and sew their own clothing to perform in “balls” (queer fashion events that incorporate multiple forms of drag, including forms of class drag).

These are provisional forms of fabulousness, aimed at disarming the dehumanizing effects of certain forms of class and race elitism. As Judith Butler said, “This is not an appropriation of dominant culture in order to remain subordinated by its terms, but an appropriation that seeks to make over the terms of domination, a making over which is itself a kind of agency, a power in and as discourse, in and as performance, which repeats in order to remake-and sometimes succeeds.” 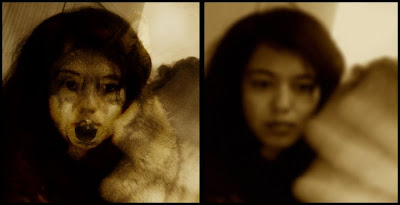 As a queer racially ambiguous brown girl, I am very aware of the way my body exists in the world, the way it moves through space, the way it is read and judged by people. When speaking about the Croatian performance artist Zlatko Kopljar, Serbian art theorist Miško Šuvaković described how Kopljar uses his body as a “‘probe’ for testing the micro- or macro- social horizon of reality.” But I can’t help but feel like my body is always a probe—that every insulting racial comment or sexual advance on the street is a micro-encounter that reveals larger power arrangements. The demarcated space of the performance event and the practice of injecting your body into spaces that are hostile to your presence (as a way to have some kind of revelatory contact with power) are irrelevant to me. My whole damn life is a performance art piece in that people are always interacting with my body in ways that expose the “macro- social horizon of reality.”

*
During most of the day the body is sheathed in cloth. And beneath it—another cloth. A brown skin cloth. Dark nipples and oily skin. You can never abandon the markings of the skin-cloth. When you go for a walk or write or sleep, it’s always there. It’s the outfit you wear in every episode. What does your skin-cloth look like? Mine has scars. Many scars. When I scar, I scar dark and for a long time. I wonder if these scars could count as an outfit. I wonder about the place where surface ends and interior begins and what this means in light of the way certain wounds seem to cut through all layers.

*
¬¬On some days I like to occupy space differently. On some days I enjoy tricking heterosexual men into thinking I’m normal, straight, and pretty. On some days I feel like donning the tablecloth and wearing it in such a way that people are fooled into thinking it’s an expensive dress. On other days the strategy of provisional fabulousness doesn’t work for me. I want to be more aggressive. I want to walk around all wild, oily, frizzy, unkempt, and smelly—without combing my wolf hair or hiding my period odor or armpit smell. If fashion is about your presence in space, then odor is a form of fashion. On some days I want to disrupt hygienic space with my grossness, to sit in places that I look like I shouldn’t be in while looking lonely and strung out amidst the opulence. To shit on etiquette and make people feel uncomfortable. To force people to smell and look at everything they try to cover up and eliminate and wash out when they get dressed in the morning. To pollute white space with my brown body. 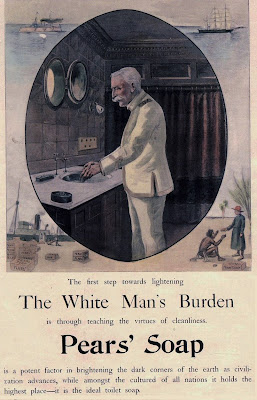 The strategies of my dress correspond to the strategies of these words. Writing. Fashion. Sounds. Smells. These are all about ways of moving through and occupying space. I came to writing because I wanted to build a space that was more free for me to move through, because I felt that in words I had more agency over creating safer dwellings—ones that do not adhere to a logic of domination and oppression. But even these language-dwellings are partially poisoned. You have to muster all the energy you’ve got to work against the toxicity of these spaces.

I negotiate my movement through physical space like I do textual space—always with an eye undoing the damaging codes that regulate those spaces, the ones that make you feel like you’re worthless, that your beauty doesn’t count as beauty, that your presence is unwelcome, that your words aren’t worth saying, that you shouldn’t be up there dancing. To explore fashion is to explore the surface of the body. I think about the garments I cannot take off. The skin-cloth. And my burning desire to rearrange space so that we may be received differently, so that we can move through space without fear.
Bio: Jackie Wang is a Baltimore-based writer and performer whose writings on literature, film, music, theory, politics, and culture can be read on HTMLGIANT and serbianballerinasdancewithmachineguns.com. She has recently published a chapbook about vomit, color hallucinations, and renegade tongues titled C. Exigua (Birds of Lace, 2011) as well an essay in the anthology Other Tongues (Inanna Publications, 2010) about hybrid identities and writing temporalities. She is currently working on a novel about mother-ghosts, adolescent queer desire, kidney stones, and parthenogenetic birth stories.
Posted ∀ at 2:22 AM