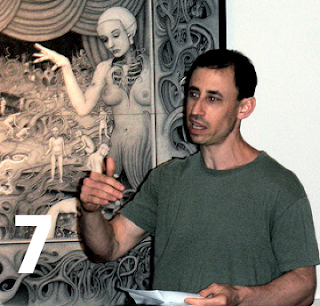 There should be a television show or cultural event named Riot Swap, in which the rioters from one area would trade places with the rioters from another area. Rioters in Country A, for instance, might have no experience throwing borscht, or for that matter, any soups, dips, or marinades, but as part of Riot Swap in Country B, they might have to throw borscht seeing as that’s the local custom, amongst rioters over there. “The War on Meth” should not be mistaken for “The War on Math” even as meth and math, both, are usually prosecuted in labs, and one might require the other in order for fruition (to occur). “Do the meth!” people tend to shout, when the numbers don’t add up. Do you know a guy named Stanislav who knows a guy named Stanislav when was the last time you saw Stanislav? He’s called Stanislav on account of he resembles R&B, dope, and bad dentistry, all at once. I’m thinking of Vladislav and not Stanislav am I thinking of Vladislav what the hell’s the difference between Vladislav and Stanislav except for “Who’s your daddy?” and the urge to confess. If you turn your back then you can create silhouette, or in other words, a trademark that may yield, easily, to exploitation. The tune “If I Were a Bell” can offer silhouette whereas most other ditties cannot offer much silhouette at all. The bartender wants the hipster to do her in “Putin Position.” That is, penniless, or less than penniless, like thinking about depleted Uranium. Later, the hipster (in vintage sweater) survived eye contact with a thug. Clearly, then: one minute is the new two minutes.
Posted ∀ at 3:33 AM