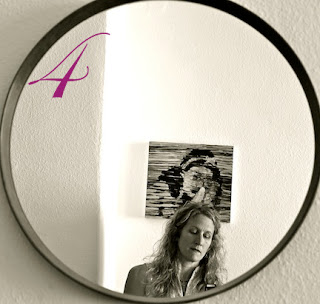 
Placental Economics
I emerge from a slippery haze on the gnomic side of the lake.
I’m dressed as a girl in pinafore and ruffled undies. Pink
plastic bird barrettes. Rainbow Brite kneesocks. The mother I
‘d traversed slurps back into a bulb, festering and sursurrant,
forever refilling her self with her substance. I know I’m late,
but not pregnant—after all I’m only a girl masquerading
as My Pretty Pony circling the drain poke of the world's
cutest death goddess. How did I swash through that asscrack
without claws, why did my growl have to wither
to death. I’m sporting my black Irish filly costume trimmed
with mother's perineal blossoms. Love and nothing co-exist
as a body amorphous, as fetal relation. But gestational fusion
is merely symbolic, inner eye candy for Dad—on deerback
in his wet suit—who’s always hoarding the Hand of Glory,
sometimes disguised as a knife splicing from one body
an entirely second body. Were it not for him we'd still be
exchanging nectar with cave demons and licking the meat-
hedge that regulated our wing spans, as in "personal space".
Mister Daddy Decider, a.k.a. Fr. Kronos, prehistorically
ate the original little shits—obviously masked as steak
or by ketchup (fake blood)—to prove that his sacred 9th
hole was just as good as any 10th for expelling, and in much
less time, the products of conception. That's why he's the maker
of everything. What a cut-up! And while he's a handsomer devil
in the portrait than his starry-eyed corpse of a son, he privately
lacks the balls to grow his own stigmata, or to go lopin’ along
through the cosmos with blood in his pants. Or so the radiant
son is said to have squealed into the bosom of a virgin ewe
before Pops chimed in with, "Tell it to the hand." High-five!
I’m performing a beast brothel and am not going to freak
when amnion starts to leak, languidly, from My Pussy Party
while I crouch braying into the bloodbath of my mother’s
tender cavity. I surveil myself birthing a birdboy whose wings
are exact replicas of each half of my vulva—away he goes, pecking
and flitting toward the royal blistering crimson hole of the Sun.
Posted ∀ at 3:16 AM