Ordeal by Water
All the quiet Jackies don
shaggy sweaters and gather
stones, press their palms
in their pockets, roll the rocks around.
The weight feels right, pulls
their shoulders down. They speak in
undertones long after the taste
of trashcan punch and cum
dissipates. Thigh welts start
to yellow still murky memories
of blows rise. All the muffled
Jackies climb
into the dunking chair.
They do not fight
or float. Their bodies seek
bottom currents. All the secret
Jackies know fault lines lie
in the sea bed. They give
themselves to the undertow.
Ordeal by Water was associated with the witch hunts of the 16th and 17th centuries: an accused who sank was considered innocent, while floating indicated witchcraft. From Wikipedia,http://en.wikipedia.org/wiki/Dunking 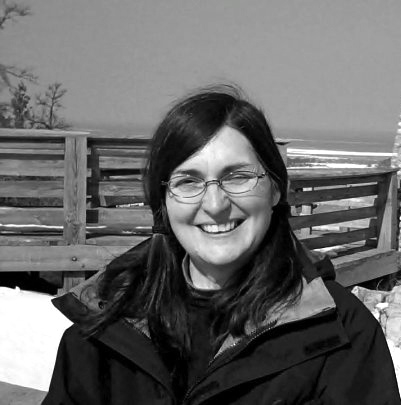 JANEEN PERGRIN RASTALL lives in Gordon, MI, population 2. She is the author of the chapbook, In The Yellowed House (dancing girl press, 2014). Her poetry has appeared in several publications including: Border Crossing, Dunes Review, Atticus Review, Midwestern Gothic and Heron Tree.

Curatorial note: The following poems are a response to a call for poetry about rape culture for the annual Delirious Advent Feature; the call is in turn an immediate response to the Rolling Stone story “A Rape on Campus” about rape culture at the University of Virginia. However, they are also part of a larger conversation about rape in poetry communities. Curated by Jessica Smith and Susana Gardner.
Posted ∀ at 9:04 AM