Finally, there was an avalanche in his heart, and his heart opened to it, instead of closing, which is what most hearts would do. The avalanche was gray and thick and full of rocks and angles, and it hurt his heart, but he refused to close the valves or reroute the avalanche to his arm or leg, where maybe it would hurt less. Someone had promised him that if he left his heart open, the avalanche would melt into something softer, and flow easy into his bloodstream, and loosen into nothing. He didn’t know if he believed this person. It didn’t make much sense, and it was all so much hurting, all this hurting, on and on and on, hurting endlessly. But, what could he do? The avalanches kept coming and he was tired of diverting them to his legs and arms. His legs and arms were all bruised and battered on the inside, and sore. Everything was sore. He couldn’t walk up hills anymore. He couldn’t hold his child. He couldn’t sing songs in the open air, with his arms spread wide. He said, “I am left with nothing, so what do I have to lose by opening my heart? Nothing.” Then he played some Janis Joplin and sang about freedom, and laughed at himself a little. So he let the avalanche come, and he waited for the ricocheting rock and the way the capillaries and arteries and veins felt like they were coming apart, and the way the various compartments of his heart felt like they were tearing and cutting and slicing open, so that maybe his whole heart would fall apart and he would be a body without a heart and he would die, because a body without a heart is nothing. But he said, “This is just the avalanche. It isn’t really breaking apart my body.” And he withstood it. And he waited. And then, after a very long time—most of his life and his child’s life and his wife’s life combined—the avalanche began to lose its corners and its sharpness and its cut, and it began to melt, and since he had endured these avalanches for a lifetime, and since he had spent a lifetime diverting them and rerouting them and looking for ways to manage and avoid them, and since at last, he had opened his heart to them and felt all the pain he’d avoided all those years—three thou- sand years of pain—when the avalanche abated, and his heart was still beating (ka-thump, ka-thump, ka-thump) as every living heart does, and he was still alive and his family was still alive and no older than when he’d started to let the avalanche run through his heart, he never, ever ever ever ever ever felt so good. 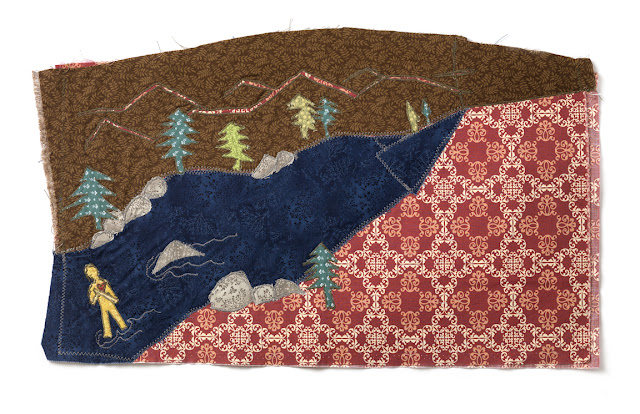 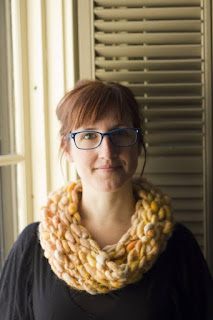 Rachel May's book, The Experiments: A Legend in Pictures & Words, prose and sewn images, is just out from Dusie, and a novel, The Benedictines, is forthcoming from Braddock Avenue Books (Feb 2015). Her first book, Quilting with a Modern Slant, was a Library Journal and Amazon.com Best Book of 2014. She's an Assistant Professor at Northern Michigan University.

Email ThisBlogThis!Share to TwitterShare to FacebookShare to Pinterest
Labels: Delirious Advent 2015, Rachel May