What Does a Feminist Poet Look Like? by Majena Mafe 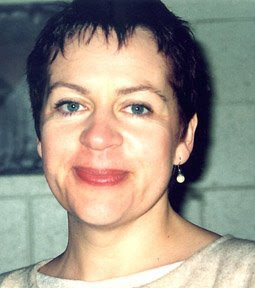 I am writer, sonic artist, sound, film-maker and performance artist, I instigate and run collaborations and exhibit and publish internationally. I write experimental texts that are theory aligned, that work as feminist experimental philosophy and theory. Overall my interpretive paradigm is that of engaging with experimental, performative, transdisciplinary frameworks. I also am interested in linking and building communities and run blogs and set up short and long terms creative links with other practitioners. I’m interested in ventriloquism as performed language, Ada Lovelace, the notion of pre-work and my work acting as an baroque intervention. I am at present completing a PhD on Gertrude Stein and sounded-language. Links to my work, blogs and projects follow

You asked what does a feminist poet look like? And I want too say that we are not one. Indeed we are multifarious. I want to reply to this question of who we are, more by exploring notions of what we are and how that effects our, and my methods. I will attempt to explain this through using quotes from the work of Luce Irigaray and Monique Wittig as they affect my work.

Indeed I am ventriloquizing their notions, here, for you. But lets [us] start from the space of the initial question of 'our look', the being seen. We are both visible and yet invisible , we are a nothing to be seen and this has its disadvantages but many advantages.

Irigaray in the Speculum of the Other Woman talks of this. The idea that a ‘nothing to be seen’… might have some reality, would be intolerable to man. In this ‘virtual’ space, I am not one
Irigaray speaks of this 'she' indeed 'she' is 'the' whole project, She, meaning me, and us, does not set herself up as a one, (single) female unit.

She is not closed up, or around, one single truth or essence. The essence of a truth remains foreign to her. She neither has nor is a being. And she does not oppose a feminine truth to a masculine truth. The female sex takes place by embracing itself, by endlessly sharing and exchanging its lips, its edges, its borders, and their ‘content’, as it ceaselessly becomes other, no stability or essence is proper to her.

Margaret Atwood in her Handmaiden's Tale relays a joke, that is said at the expense of woman but that instead actually outlines our key strength...

This ability to take on complexities is a diffused space that is full of potential for women, writing, saying, thinking, and busy in being.

It is already getting around - at what rate? In what contexts? In spite of what resistances - that women diffuse themselves according to modalities scarcely compatible with the framework of the ruling symbolic. Which doesn’t happen without causing some turbulence, we might even say whirlwinds, that ought to be reconfined within solid walls of principle, to keep them from spreading to infinity. The Sex Which Is Not One

Instead we can an actively do take on otherness.

Strictly speaking, one cannot say that 'she' mimics anything, for that would suppose a certain intention, a project, a minimum of consciousness. She instead, is pure mimicry. Which is always the case for inferior species, of course. Needing to define essences, her function requires that she herself have no definition. Speculum of the Other Woman

These notions offer very broad and fecund spaces for feminist writers, poets, and theorists to reclaim voice and re shape knowledge claims of what it is to say.

What of my own methods you ask?
I am engaged in becoming the method of my own methods.
I listen carefully to the sound in language and write it.
I ventriloquize women's voices.
I multiply origins.
Dissociating signification's, I excavate voids, condense givens, ply and weave
mannerisms, I embrace interferences and seek out and valorize polyphonies.
I am engaged in confusing genres and neutralizing techniques and media and understand this as a creative and politically creative method.

I am a paradox
Sounding language
… a multitude of multitudes

This is a method that produces notions and writing as scores of possibilities. It weaves possibilities into seemingly authentic calculations, a practice like that of Ada Countess of Lovelace.

It is a method that gives rise to monsters with voices, and monstrous voices.

Wittig, in Les Guerillieres, speaks of this colorful monster as in a permanent state of singing...?

Somewhere there is a siren. Her green body is covered with scales. Her face is bare. The undersides of her arms are a rosy color. Sometimes she begins to sing.
The women say that of her song nothing is to be heard but a continuous O. That is why this song evokes for them, like everything that recalls the O, the zero, the circle the vulval ring.


Paraphrasing the boys who wrote A Thousand Plateaus…lets, …Transpierce the mountains instead of scaling them, excavate the land instead of straitening it, or be it, be its voice, bore holes in space instead of keeping it smooth, and closed, turn the earth into Swiss cheese, or milk, our milk of words. Turn the frames of the known, the strictures of grammar, the separations of disciplines into their own gaping holes. My method through this notion is a call to making these frames and language our creative zero.

zero as a starting and being in point?

a zero plus one

plus one
plus one


Wittig… (and my own work continues her project), urges us to “take time, consider this new species that seeks a new language…” Listening to our own tongues, listening for the it in it.

make an effort to invent it

and invent if you have to invention.