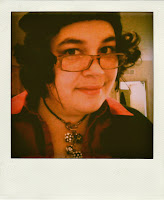 T.A. Noonan's first collection, The Bone Folders, won the Heartland Poetry Prize and is forthcoming from Cracked Slab Books. Her work has appeared or is forthcoming in No Tell Motel, Everyday Genius, The Southern Poetry Anthology, Vol. II:Mississippi, Phoebe, RHINO, Specs, Harpur Palate, and many others. Currently, she lives, writes, and teaches on Florida's First Coast. "Gloss: Two Interviews" is from her latest manuscript, Petticoat Government.

“What is the proper response of a woman looking at Playboy?” —Denise Duhamel, “House-Sitting”

(from a series of emails between the author and Jaime Malanowski, Playboy’s former managing editor.)

TN: Playboy has a history of publishing risky—some might say innovative—fiction. Would you say that this tradition continues today?

JM: Sure. Just in the last couple of years, along with master storytellers like John Updike, Margaret Atwood, Jane Smiley and Stephen King, we happily published established-but-edgy writers like Chuck Palahniuk and T.C. Boyle, as well as exciting new voices like Sam Lipsyte, Tony D’Souza, Michelle Richmond, and Jess Walter.

TN: Do you have a preferred aesthetic?

JM: For our fiction, we look for plot-driven stories. We want a certain drama in our short stories, and we want vivid protagonists. We want events to take place in these stories, or even action. We don’t want stories to be about a person’s interior life.

TN: Do you think the rise of nonfiction has contributed to the decline in the amount of fiction published in Playboy, or are there other factors at work behind the scenes?

JM: Has there been a decline in the amount of fiction published in Playboy? I don’t perceive one, but there has been a decline in the culture of short fiction. Look to the 1950s and 1960s—there were lots of general interest magazines and lots of writers trying to make a living writing for them. Lots of those magazines—Holiday, Look, The Saturday Evening Post—closed. With fewer places to publish, fewer writers tried to fill the remaining spots. Fewer writers, less quality, less innovation. Short story success depends on an ecosystem of readers, writers and publishers. That system has shrunk—and not so many people miss it.

TN: Your answer also touches on a question that has been brought up by my fiction-writing colleagues—namely, where can short stories find an audience willing to invest the time and attention required. The literary magazines have pretty much cornered that market, but my impression is that glossy magazines are still considered the “mint-maker” for a literary career in prose. That is, once you get your work in a place like Playboy or The Atlantic, you’re pretty much set. Would you agree with this?

JM: It’s an absurd, naïve idea. Very few writers are ever set, by which I mean that their force of reputation is pretty much enough to get them published. Most writers, even ones with long records of achievement and success, are only as good as their next idea. And a person who has been published once in The Atlantic or Playboy? Very good. Congratulations. What else can you show me?

TN: Regarding the amount of fiction that Playboy publishes, my understanding—based on my research—is that Playboy used to publish as many as three stories per issue.

JM: You are correct. Throughout the 50s, 60s, and 70s, Playboy published three or four stories an issue. It is true that many of these pieces were very short and were slight humor pieces. But as recently as 1988 we published twenty stories a year. Even now, in our big December and January holiday issues, we may publish more than one story.

Another reason that there’s less space for fiction is that magazines do lots more service journalism—telling people what to buy, how to dress, where to travel, etc. Also, what people think of as funny has changed. In the past, Playboy might run a funny two-page story, 1,500-2,000 words long, something you’d sit down and read. Today we’re more apt to use those two pages for an article on “How to Have the Perfect Clambake,” or to do something funny that is a lot more visual. Something you’d be more apt to “look at’’ than “read.”

TN: Playboy can—and does—publish some of contemporary fiction’s biggest names. Why, then, does the magazine continue to offer its annual College Fiction Award?

JM: Why do you think? It’s enormously popular. It helps establish a connection between the magazine and students. And it gives us an early look at young talent.

TN: I know that you cannot speak to Redbook’s specific editorial practices because you do not work there. However, I have noticed that while Playboy, a men’s magazine, continues to publish top-notch fiction, Redbook and other women’s magazines have deemphasized their previous commitment to fiction. Do you think this is merely an editorial move to sell issues, or does it has something to do with a change in women’s reading practices and/or the fiction market at large?

JM: Sorry, I have no insight in Redbook’s editorial practices. Based on what I know of women’s reading habits, I’d say women are reading a lot of novels of all genres. And while they also read a lot of magazines, they do not read magazines for fiction. They are looking for a quicker, breezier read, and for service features.

But it’s not just women’s magazines that are deemphasizing fiction. The Atlantic all but dropped fiction a year or so ago. Here’s a thought—call the American Society of Magazine Editors (try to speak to Marlene Kahan) and ask how many total submissions for this year’s National Magazine Awards they received in the categories of Reporting, Feature Writing, Essay, Service Feature, and Fiction. I’ll bet they got thirty or fewer nominations for fiction, and two to three times that in the other categories.

TN: I did contact Marlene Kahan as you suggested, and she said that you are absolutely right. There are far fewer nominations for Fiction in the National Magazine Awards than for other categories, and this has been the case for many years.

Thank you very much for your time and attention; your assistance is much appreciated. Who knows—maybe there’s a bit of nonfiction in this for me.

(from a series of emails between the author and Stacy Morrison, Redbook’s editor-in-chief.)

TN: Redbook once published fiction by Dashiell Hammett, Edith Wharton, F. Scott Fitzgerald, Jack London, and Sinclair Lewis. Has the rise of nonfiction contributed to the decline in the amount of fiction being published in Redbook, or are there other factors at work?

TN: What is your preferred aesthetic in regards to the fiction that Redbook publishes?

TN: Certainly you cannot speak to the editorial practices of other magazines, but I have noticed that while Playboy, a men’s magazine, continues to publish top-notch fiction alongside its nudes, Redbook and other women’s magazines have deemphasized their previous commitment to fiction. Do you think this represents a change in women’s reading practices?

TN: Who are some of your favorite authors to appear in Redbook?

TN: Are the pieces that you do accept mainly by solicitation or query?

TN: How often would you say that you publish unsolicited manuscripts?

TN: Does Redbook still offer its annual Fiction Award? If not, why was the award discontinued?

TN: Thank you very much for your time and attention.

Note: “Gloss: Two Interviews” culls material from a series of emails exchanged in February 2008 between the author and Playboy’s former managing editor, Jaime Malanowski—as well as an unanswered email to Redbook’s editor-in-chief, Stacy Morrison. “Gloss” is not intended, and does not attempt, to reproduce the author and Mr. Malanowski’s complete correspondence. Most changes to the language are cosmetic, grammatical, and/or organizational in nature; omissions are for abridgment purposes only. The author would like to extend her profound thanks to both editors for their insights.