The Mountains Are Just Ahead of Us | Alison Roh Park 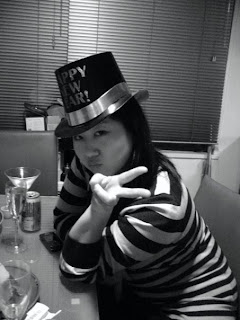 "Black feminists often talk about their feelings of craziness before becoming conscious of the concepts of sexual politics, patriarchal rule, and most importantly, feminism, the political analysis and practice that we women use to struggle against our oppression."
— The Combahee River Collective Statement

Poetry has been a rock for me throughout my life; my oldest pastime, coping mechanism and creative outlet—my dearest BFF. And yet, poetry has also been pushed to the margins of my life, overshadowed by the daily hustle, the drama, the goals and investments of my life, my political coming-of-age and growth as a woman of color. Last year, after almost a decade of squeezing in poetry wherever it fit, I made a commitment. I applied to and was accepted to a graduate program in poetry and, skeptical but trying hard not to be a cynic of academia, embarked on the journey (albeit while continuing to work full-time) in the hopes of "learning" how to be a better writer and to access all the treasures that an institution might hold for me, a simple poet of the people.

Not unsurprisingly, I often find myself in situations where my artist self and my political self cannot comfortably occupy the same space publicly, though they are rarely separate in my artistic process. I like to imagine there is a secret network of left artists, people of color and women poets, in academic settings like mine all around the country, who communicate through hidden cyphers in sonnets and sestinas and the like. But more often than not, I think the critical political thinkers in conservative academic settings have to exist on two parallel tracks or be forced to do the dirty work—to ask the hard questions and speak up. It's a nasty place to be, but one that folks who are not so disillusioned and burnt out by the journey are charged with, and more often than not those people are women, gender non-conforming and people of color. Recently in a class discussion that felt like deja vu from my undergraduate years, we were talking about (privileged/entitled) people writing (stealing/exploiting) other (oppressed/marginalized) people's stories (cultural products/collective histories). The feeling of being "that" person was all too familiar—someone "radical" or "crazy" compared to the rest of the room, the butt of other people's privilege, that menstruating yellow beast that needs to be put down for the sake of order and the sanctity of white entitlement. Is this what poetry is supposed to feel like?

It's as if there are two of me walking two parallel paths: my journey to an appreciation of poetry beyond what it does for me, and my journey to a truer understanding of justice and every person's right to have it. Here are some of my personal ruminations as a woman of color of the Asian diaspora in the United States: I am aware of how often and how much women and gendered bodies all over the world are required to survive. We are compelled, often with outright violence, rape or social control, to survive the worst things, like the lowest quality of life; lower wages; war and occupation; no or little access to education, food, clean drinking water or healthcare; community violence; daily sexual harassment; police violence or the fear of police violence; denied, with laws and violence, the right to control our own reproduction; to give up our dreams and talents to take care of others and so many other things tangible and intangible that wouldn't fit here. And, yet, in all that desperation, there is hope. I hear stories about people resisting and exercising agency within their oppression on a daily basis, as individuals or collectively. I hear stories about women in Mexico overthrowing a radio station to be heard; or women farmers in South Africa participating in organized civil disobedience for land and housing rights; or a community in California that has found a way to hold domestic violence perpetrators accountable without relying on the police state. I hear about sex workers sharing information on message boards to keep each other safe; or about men working with young boys to stop violence against women; or about transgender women of color organizing against police abuse and harassment in New Orleans.

This is where I want my poetry to live—in hope. And though there are plenty of days when I doubt the relevance of my poetry, either because my aesthetics have moved from performance to the page, or because not every poem I write is explicitly about oppression or resistance, or because it might just not be very good—whatever that means—it's what I have to offer. Toni Cade Bambara said "The role of the revolutionary artist is to make revolution irresistible." I dream about a worldwide, poor women-led liberation movement to overthrow capitalism and hetero-patriarchy from the Global South and up. I dream about art fueling that movement, swimming free in a new world that is finally ours.


Put the baby on your back
Wrap the sash around your waist and the baby’s too
Balance the bundle in your free hand, wrap your fingers
around the knot. Bend your body forward on the dirt path
It will help you get up the hill. The mountains are just ahead;
you’ve left the other ones behind you. Walk
Watch the silver mist rise from the triangle shapes
on the horizon. The peninsula will always hold you.

________________________________
Alison Roh Park is a writer and activist from Queens, NY. She is a Kundiman fellow and there worked with Myung-Mi Kim, Jennifer Chang and Staceyann Chin. Alison is a former artist-in-residence at the Asian Arts Initiative in Philadelphia, PA where she performed a one-woman show “A Magpie Sang on the 7-Train.” Her work has appeared in several publications including the Ozone Park Journal; The NuyorAsian Anthology; The Asian Pacific American Journal; and is forthcoming in Mythium Literary Journal. Alison has performed, competed and educated across the United States and is currently earning an Masters of Fine Arts in New York City.
Posted ∀ at 9:44 PM

good work Alison! i definitely many of your sentiments. it sux to have to put your passions aside in order to feed yourself. but congrats to you for valuing it enough to pursue the degree.

in terms of being in academia...girl, i know the feeling! but truly, (and sometimes sadly) it becomes our (POC) responsibility to be the thorn in the ass of privilege. all semester i was made to feel like the overzealous feminist and oversensitive black person each time i brought up issues of race and gender. it can break you. but i've decided to make it my job to make priveleged folks feel uncomfortable and think (even for a millisecond) about their role in the oppression of others.

Thank you for your honesty about writing poetry and living. The struggle is worthwhile, and we need to keep plugging away despite all the other forces telling us to do otherwise. Write and write and write.

Alison I'm glad to see you're still fighting for what you believe in and doing what you love..You always told me writing was your passion and now you've become so accomplished,I'm very proud of you..