A Tribute to Leslie Scalapino (Day 2 of 4) 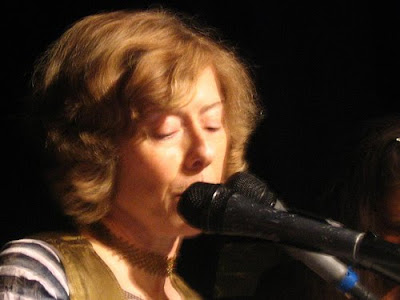 "In making a connection, I'm not proposing that one's language, sounds, conceptual shapes alter events outside. Rather, writing can note that one's/their sounds and conceptual shapes are events -- that are also along with events in the outside. A poem may place these together. As such one's conceptions alter oneself and being, and alter their and one being outside. The individual (and any individual instance) occurs as reading. As: while, alongside, and being (reading is an act)." -- LS, "Eco-logic in Writing" in EcoLanguage Reader (Brenda Iijima, ed)

"that latent potential in each word to explode and crack its own surfaces": Jena Osman on her correspondence with Scalapino

Jennifer Styperk "I love your shoes."

Deborah Poe "...so-called today flows into tomorrow..." (Please note: we regret that the version of this poem previously posted was incorrectly formatted. We have now posted a corrected version. Many apologies to Deborah! ~ Elizabeth, Cathy, and Cara)

"Disbelief," a memoir/essay by Leslie Scalapino on her relationship to Language writing/writers.

__________
* Rachel Zucker is the author of six books and the mother of three sons. [Other writers' bios are included at the end of their contributions.]
Posted ∀ at 10:13 AM