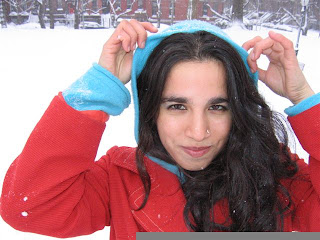 Daisy and I used to joke, you’re Cherríe and I’m Gloria , when we were editing our book. (i) There was something about the softness and hardness we wanted to evoke in the process. And yes, perhaps we did idolize, and yes, who’s the soft and who’s the hard and what did we really mean? It was our version of you’re Miranda, you’re Samantha, but we were young, and as the young are wont to do, we idolized, tried to imagine our lives by holding them up to the women in front of us.

So you can imagine our joy when Rebecca Hurdis, one of the contributors to Colonize This! invited Daisy and me to the 20th anniversary celebration of This Bridge Called My Back at UC Berkeley. (ii) Rebecca had written movingly about her discovery of This Bridge (her essay inspiring my own discovery, because yes, I was just as blinded by whitewashed history). She was now actively working on the conference: Practicing Transgression: Radical Women of Color for the 21st Century. An exciting aspect of the conference was that Third Woman Press was re-printing This Bridge as it had gone out of print when Kitchen Table Press had sadly folded. It felt like a family reunion. So many of the women had gathered: Cherríe Moraga, Gloria Anzaldúa, Barbara Smith, Angela Davis and many of the contributors. I was to read poetry; Daisy and I were to speak about our book that had not yet been published.

I remember light heart, but if I can take a moment to truly remember it was a light heart among darkness, a feeling of emergency. It was February 2002. Need I say more about what it felt like to be a radical, anti-war, onto-the-bullshit-we-were-saying-and-thinking-about-Muslims stance I was in? It is a similar to the feeling I have now as I'm forced to read the Daily News and Post front pages on my long subway ride to Queens. Everywhere it is splattered: Pakistan and terrorism. Every morning about the Pakistani “terrorist” in Times Square. I know of the horrific effect this coverage will have in terms of justifying U.S. drone attacks which are hitting villages in Pakistan and killing innocent civilians. The U.S. government is banning journalists in the area for coverage, but international news provides another side to the story.

But thanks be to Gloria because also on my train ride this morning I am re-reading Gloria’s A Letter to Third World Women Writers. (iii) It is as if I have been hit by a bolt of energy, and I am twenty-seven again; my mouth is on the floor again, and Gloria is telling me to write again; she is saying yes, she does understand, that I am tired, overworked, frustrated, angry, weighed down by decades of sadness and guilt, centuries of brutality, and here I am craving sweets, doing everything but the writing, crawling up into a ball and wanting to sleep.

So I begin again, after many of my own starts and stops this entry about what it means to be a feminist poet. Gloria says, “Be simple, direct, immediate.”

Gloria, I will try.

My strongest impression from the conference, the feeling I left with and still hold with wonder in my mind was the intensity of seeing a generation of women before me. It wasn't until then that I began to believe I could have a future. A life ahead of me. My whole life, I was constantly told in direct and indirect ways that I would end up old, alone, and homeless if I persisted with my resistance to marriage, my wanting to write, to read. But here at UC Berkeley, feminist trans and women of color writers were laughing, and loving and having children and most were in their fifties, sixties, seventies.

I listened carefully while Angela outlined the deliberateness of the prison industrial complex and hammered another nail in the coffin in our heads about this country. I listened carefully while Barbara talked about how the words “identity politics” had been lifted from the Combahee Collective (iv) and how the original intention of the term and the practice were meant solely for revolutionary purposes. (Later, when Daisy and Kristina were discussing the superiority of Geminis vs. Leos, I intervened and reminded them of Barbara’s stance.)

Gloria’s talk was almost wordless. She projected a series of images on the wall. Is it too dramatic to say it was a spiritual experience and like every spiritual experience felt like an odd dream afterwards? She drew spirals and stones, let us know it was a spiritual journey we were on (not a clammering for awards and attention, not a selling out). I was blown away by it all. And when a journalist who had just been to Palestine broke down on the stage and started crying while reporting on what she had seen happening to Muslim children and families in Palestine, I bent down my head and cried, too.

Tonight, when I got home, in reaction to the front page covers, I tuned in to Democracy Now! An article caught my eye, another major historical happening at UC Berkeley. There had been an all night meeting to discuss divestment from arms dealers, companies that funded arms to Israel which were being used in the Occupied Territories. United Technology and General Electric included. Although the bill had passed in the student senate, the president Will Smelko had vetoed it. Another meeting had been called to overturn his veto. They needed fourteen out of eighteen votes. The arguments were impassioned. The meeting went on from 12 am (the time they finally found a room big enough to hold everyone) and went on until dawn. The bill could not be overturned at a vote of thirteen to five. The senate led many of the students out in silent protest.

Listening to this news, I remember Audre Lorde’s words: “The master’s tools will not dismantle the master’s house.” Then I think too of the alternate version, the Jamaican proverb Bob Marley passed on: “If you are a big tree, we are a small axe.”

This is why the tools keep trying. When I was young, protests were happening, but this level of protest was not raised about Israel. When I was in high school, no one knew what I was talking about when I wrote school reports on The Occupation, visited Human Right’s Watch and the New York Public Library finding much research on war crimes even back then in the Eighties, back when there were still journals and card catalogs. Computers were new and such hell was not being raised about Palestine. It has been a long time coming, horrific and slow. But it is happening.

It has always been a regret of mine that I didn’t get to sit and talk with Gloria before she died. Daisy, Kristina and I had planned a road trip to visit her on Daisy’s birthday, but eight days before we could meet her, Gloria passed on. Still, we kept our intention, drove up from Oakland, and stood outside her house for a moment. Then we walked to a tree that had been one of Gloria’s favorites by the ocean near her home. Daisy remembered the tree, but we knew for sure because of the candle someone had put in the nook of it. Someone who loved Gloria, too. And so the three (four) of us sat beneath the leaves in the beautiful Santa Cruz sun and ate cake for Daisy’s birthday.

My poems are like water, they move me from place to place. They brought me to meet you Gloria, to enter this spiritual path of resistance and poetry. In my dream, we always meet you by your tree.

(i) Cherríe and Gloria edited the ground-breaking anthology This Bridge Called My Back: Writings by Radical Women of Color (originally published by Kitchen Table Press in 1983, now by Third Woman Press in 2002). The title says it all and delivers.

(iii) I could not find an online version of this letter, but I do recommend reading it in This Bridge Called My Back.

(iv) Combahee Collective is in This Bridge but also available: http://circuitous.org/scraps/combahee.html

Bushra Rehman was a vagabond poet who traveled for years with nothing more than a greyhound ticket and a book bag full of poems. She is co-editor of Colonize This! Young Women of Color on Today's Feminism (Seal Press) and has been featured on BBC Radio 4, KPFA, the Brian Lehrer Show and in The New York Times, India Currents and NY Newsday. Her work has appeared in Crab Orchard Review, Sepia Mutiny, Color Lines, Mizna, Curve, SAMAR and in numerous anthologies. She was honored to join Kundiman for its very first retreat and study with Ishle Yi Park and Marilyn Chin. She is scheduled to return to Kundiman this summer.

I was reading an article today in the New York Times by Sabrina Tavernise on the banning of You-Tube in Pakistan. She quotes: "The ruling demonstrated the power of hard-line Islamic groups in Pakistan. Although they rarely garner many votes in elections and represent a minority in the country's population, the groups are often able to impose their will on the more peaceful majority by claiming a defense on Islam."

Errr...the more peaceful majority? We have so much work to do. Thank you Bushra for this thoughtful piece of writing. That conference sounded wonderful.

I also wanted to add this important link: http://www.democracynow.org/2009/6/24/pakistani_opposition_politician_imran_khan_on