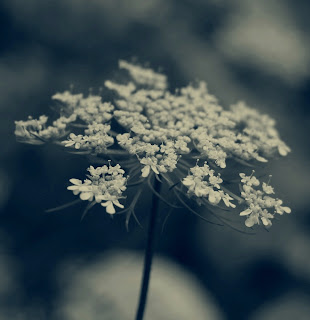 1.
Today they announced that the failure age is twenty-nine. That for women it comes three decades earlier than it does for men. “Why is it that people think they understand their bodies?” she says. “How can you know that your insides yearn for salad?” He is on the bearskin rug in the corner of the apartment, eating a violin bit by bit, and yearning for a salad. “Like the man that ate the airplane!” he says. “Like the man that ate the world!” Yesterday, she asked the old woman in the park what she loved. The woman said, “Queen Anne’s lace.” She didn’t know then that Queen Anne’s lace was a flower. (She thought it was a doily-type thing the woman might wear on her brittle bony shoulders, an old delicate shawl that would break apart in hands. She liked the idea of frail-on-frail.)

3.
She will write a story about women who feel like objects even in the eyes of women. (They are incapable of seeing themselves as people, as friends, as anything other than sexual. They are constantly searching for satisfaction, attraction, even in those they have no real sexual interest in.) She will write a story about a woman who is looking for the moon, who travels the world trying to find it. (Such is the plight of so many young women. They define themselves in terms of others.) When she finally finds the moon in Biarritz she is blinded by it. The glow is too specular, too iridescent, too much like teenage glitter.

4.
(She has high, round cheeks and looks like she is sucking on the sides of her mouth, like those druggy models. She wears a thin sparkly wrap over her ears, like she is covering the fact that she doesn’t actually have ears. Like she is covering her coiled coiffure. She squeezes his hand whenever anything is funny or scary. Her fingers are muggy on the palm and her cold rings warm to nervous skin. When she doesn’t know what someone is talking about she always pretends she does and then googles it later.) The flower, there on the screen, reaches out, stems like lonely separate fingers stretching from a long night curled. She thinks that Queen Anne’s lace also looks as if it’s grabbing at something it can’t quite touch. They decide to walk through the night. The sky is painted pastel, a swollen peach with blue-gray mold-fuzz, tantalizing in its death. She catches the moon in her eye, but as they pass a high building, it winks out and she can’t get her eye on it again. “Isn’t it upsetting that the moon is always out there but you can’t always see it?” she says. “Doesn’t it feel like it’s running from us?”


Bio: Amanda lives in Los Angeles, where she is completing her MFA at California Institute of the Arts. Her creative and critical work has appeared or is forthcoming in Ms. Magazine, PAJ: A Journal of Performance and Art, PANK, Nanofiction, Nighttrain, and others. She blogs for Ms. Magazine semi-regularly.
Posted ∀ at 2:49 AM