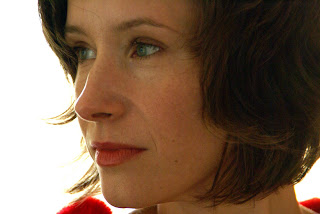 As the coeditor of a recent anthology of poems on motherhood [1], I felt for a moment roundly tsk-tsked when reading Jennifer Ashton's essay in American Literary History, "Our Bodies, Our Poems." The essay identifies an apparent hypocrisy in recent anthologies of innovative poetry by women. On the one hand, says Ashton, by endorsing so-called innovative poetry, editors imply an allegiance to contemporary critiques of identity. On the other hand, when the editors use the category of "woman" to limit the types of innovators who appear in their anthologies, they buy into the very critique of identity they claim to distrust. As Ashton puts the point in her rebuttal of Juliana Spahr and Stephanie Young's response to the article, "the moment you're in the business of celebrating a poem for the situation in which it was produced at the same time that you're celebrating its form as such, you've got a machine built for nothing but the business of essentializing." That is, the anthologizers must, according to Ashton, think that there is "some necessary connection between the forms that count as 'innovative' and the bodies that count as female."

I recognize the urge Ashton tries to document: it's common while arguing for the value of something (homosexuality or heterosexuality, say) to make the case for its value by claiming that it is natural. I'm not surprised that some who support innovative poetry have used this effective rhetorical strategy in order to assert the significance of their favored mode. I do quibble with some of what Ashton gathers as evidence—the bodies in the Spahr/Young "Foulipo" performance, for instance, seem to me to be heavily coded. They're used as tools and work as metaphors; Ashton's reading is too literal. Too, I think her reading in "Our Bodies, Our Poems" of Mary Margaret Sloan's introduction to Moving Borders misses Sloan's rhetorical purpose: by asserting (at a time when recognition of their importance was not at all general) that the women in her anthology were no longer marginal, Sloan was pushing for them to be accepted as central to an innovative tradition. Despite these and some other difficulties I have with the development of Ashton's argument, I agree with her that some people have sought (whether they are aware of it or not) a necessary connection between poetic innovation and womanhood, and that attempts to make such connections are suspect. Ashton's essay may make anthologizers and feminist poets in general look more carefully at their motivations and assumptions. That can only be good. [2]

Though I appreciate Ashton's intervention, I'm left wondering about her agenda in making it. So far, I can't work out what larger issues are at stake for her, so her critique ends up feeling sharp, but small. As I understand essentialism, it means the problematic assertion that a particular property of an object is natural to it. Innovative poetry production is clearly not a necessary attribute of the category of woman; the question then is whether the editor of any given anthology of innovative poetry by women must be assuming that it is so. Ashton's most important evidence for her argument is not textual—that is, most of it is not based on a reading of what editors have offered as their reasons for publishing their anthologies. Her main evidence is the sheer fact that such anthologies continue to be produced. If you are producing a woman-centered anthology with a particular aesthetic bias, it must mean, says Ashton, that "the contingent relation between the sex of the authors and the forms of their poems [has been transformed into] a necessary one." I'm not convinced that when any editor of any anthology of innovative poetry invokes "the situation in which [a poem] is produced" by printing only poetry by women, it necessarily means that he is, willy-nilly, essentializing. Unless, that is, we essentialize any time we connect aspects of poetic production to issues surrounding gender.

To dismiss women-only spaces on the basis of such a rigid anti-essentialism seems to me unhelpfully limiting. Are the demonstrably different social practices that surround different gender categories not sufficient reason for investigating possible relationships between those practices and aesthetic production? Ashton thinks not: you wouldn't create women-only anthologies of innovative poetry, she says dismissively, "unless what you cared about most was the relationship between the form of the poems and the gendered situation of their authors"—and Ashton thinks you shouldn't care about that. But can I not, as an agent making choices about how to write, be influenced by my situation (including the ways in which my gender affects it—and including my body) in ways that might be identifiable and describable even if they are not a necessary result of my situation? And then, if someone draws attention to a possible relationship between my gendered situation and my poetry, are they therefore essentialist even if they understand that I do not produce my poetry as a direct result of my possession of a vagina?

Such investigations are risky, and we may fall into essentializing traps as we attempt them, but anti-essentialism should not become a bogey that frightens us into abandoning attempts to describe the relationship between culture and aesthetics. Anthologies of women's poetry—like recent anthologies of African-American innovative poetry and critical books on the same (I imagine Ashton would make the same argument about these)—may provide useful ground for such attempts. I agree with Ashton that we need to be cautious about the assumptions we make when we address the relationship between aesthetic form and the situations from which it emerges; we should make no claims that the aesthetic productions of a subject are related in an essential way to her sex. But anti-essentialism should not mean we decline to address the nature of the relationship between cultural identity and poetic production in complex and nuanced ways. Rendered this broadly, anti-essentialism may wear out its usefulness.

[1] I might be wrong in assuming, despite my initial case of nerves, that I am off Ashton's anti-essentialist hook because though the anthology (Not for Mothers Only, co-edited with Rebecca Wolff) contains only writing by women, we did not define it as an anthology of "innovative" work. It is an anthology of poems on the subject (loosely defined) of motherhood. If it's essentialist to assert a connection between mothers and their writings on motherhood (though of course mothers do not all write on motherhood), it's so straightforwardly essentialist that it makes the accusation uninteresting: "Hey, you guys said mothers write about motherhood!"

[2] I'm not addressing here Ashton's claim—which I think is false—that sexist publishing practices are a thing of the past, partly because Juliana Spahr and Stephanie Young have done so, and partly because I agree with Ashton that the claim is not the main force of her argument.
Posted ∀ at 4:17 PM