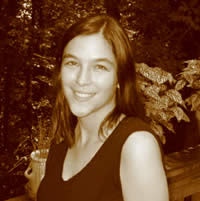 1. The noncompatability of Ashton’s acute if single-minded thrust and Spahr and Young’s digressive parry suggests a mutual block which is itself the result of the traditionalist literary practice of ‘anthological thinking.’

2. Anthological thinking is inherently hierarchical and patriarchal; the apparatus of the anthology--the title, the introductory essay, the carefully selected and truncated texts, the credits of its editors and contributors--all present a single argument, an analytical model in which all the components docilely comply. Anthological thinking refers both to the editorial practice of designing and publishing the anthology and to the mindset of reading the components of an anthology as in compliance with its apparatus. Accordingly, when Ashton performs her critique of various anthologies of women’s writing, she turns her attention to the governing metaphors and allusions implied by their titles, to the introductory essays written by the editors, and to the roster of included poets. She does not analyze the poems inside the anthology. She does not, say, open to a poem in the book, pick a line or stanza, and read outward or at random from there to see what occult patterns or flows may be discovered. Such an approach is outside the practice of anthological thinking.

3. Yet, this is how many students make use of anthologies: whether bored or piqued by the analytical model presented by the teacher who assigned this anthology (which may already be a partial or entire revision of that proposed by the editors), they leaf through the leaves, reading fragments, titles, whole poems in an order governed only by their own prerogatives and attention span, and thus undermine the hierarchical, patriarchal pedagogical model of which they are assigned the bottom rung. They move out through the territory according to their own lights, or at random; they make associations between the poems at hand and music they like; they write their own poems; they look things up; they annotate or graffiti the pages; they close the thing and go back to other media.

4. In fact, this is how I myself became interested in (invested in?) poetry at an early age. My parents gave me an anthology of Best Loved American Poems, through which I leafed at random, pausing on those poems (first-lines, really) which demonstrated attention-getting techniques like epithets and exclamation points. One epithet remains with me: “Icarian bird,” though it was only a few years ago that I realized “Icarian” was supposed to refer to Icarus, let alone that the device was an epithet. I didn’t even wonder about the poem’s title, what the "Icarian bird" was supposed to refer to, or who wrote this poem until a few years ago. (Answers: “Smoke,” smoke, Thoreau). At the time, “Icarian bird” sounded vaguely archeological to me; in the Victorian 1980s, signs of dinosaurs were everywhere. At any rate, a definition of "Best Loved American Poetry" as a concordance of epithets and exclamation points is at odds with the chronological, New-England-bound yet nationalist model the anthology itself was presumably intended to evince, but I don’t know, I never read the introduction.

5. My point with the above anecdote is that there is nothing wrong with the anthology per se, only with anthological thinking, and I feel both the editors of the anthologies Ashton critiques and Ashton as a reader participate in this programmatic approach.

6. A serviceable alternative to anthological thinking is the Deleuzian assemblage. If we begin by reading the index to A Thousand Plateaus, its author (oh, but he is a "compiler," not an author; oh but it is dirty, this filling station, and not an able-bodied text at all!) Hassan Melehy, directs us to following capacious quote:

A book has neither an object nor subject; it is made of variously formed matters, and very different dates and speeds. To attribute the book to a subject is to overlook this working of matters, and the exteriority of their relations. It is to fabricate a beneficent God to explain geological movements. In a book, as in all things, there are lines of articulation or segmentarity, strata and territories; but also lines of flight, movements of deterritorialization and destratification. Comparative rates of flow on these lines produce phenomena of relative slowness and viscosity, or, on the contrary, of acceleration and rupture. All these, lines and measurable speeds, constitutes an assemblage. A book is an assemblage of this kind, and as such is unattributable. It is a multiplicity--but we don’t know yet what the multiple entails when it is no longer attributed [...]

7. One nonbook example of assemblage presently online and becoming is How2. To be sure, How2 has a mission statement, but, happily, the mission statement is already a participle: “Extending HOW(ever)’s original spirit of inquiry into modernist and contemporary innovative writing practices by women.” It describes How2 not as an object but as an adjacency, a contingent motion. If How2’s relationship to HOW(ever) is one of adjacency (an extending), How2 is an assemblage, a multiplicity. It’s utterly porous. Its visual interface is crammed, nonallegorical, nonlinear--one is not directed to read anything in particular first, one cannot (or I cannot) even hold the entire interface on my screen. I have to scroll through and interact with this page to get a sense of the contents, and so diverse are the contents that I can’t get a single sense at all; eventually, recalling my nonanthological reading of Best Loved American Poems, I just pick a point of entry. And what’s true of this page is true of all the content of How2; unlike in a conventional anthology, I cannot hold the entire model or map in my mind by way of metaphor, analytical model, or roster. In this sense How2 is unattributable. The various components have different densities, some sections quite dense, critical panels on a given body of work, others a more singular, fluid presentation of one person’s extended project such as Judith Goldman’s multimedia project on the sightlines of statues. Proximity on a given screen does not imply and yet creates the possibility of unpredictable relationality among components and explicitly and implicitly links and references material beyond How2, suggesting further unknowable assemblages. In this sense, How2, for all its hugeness, seems partial, always pointing to something beyond itself. We don’t yet know what kind of multiplicity this is. The mission statement on the homepage cannot really serve to organize or even summarize so much flux; it’s just one more component, one more screen to be clicked away from or back to.

8. My point in dwelling on How2 is not to suggest that paper anthologies be thrown over in favor of online assemblages (although that would be excellent) but instead that we begin to shift in all our reading and editorial practices from anthological thinking to thinking through assemblage. This would begin to alleviate the anxieties expressed by Ashton as well as those expressed by Spahr and Young. In the former case, thinking through assemblage invites us both to dislodge the poetry from its apparatus and to enter into its assemblage with texts and poets and periods and, yes, genders, beyond those admitted by the particular editorial hand. The book is unattributable, simultaneously filling with and draining to multiple tributaries. From the perspective of Spahr and Young, thinking through assemblage also frees us from thinking in the delimited, representative, quantitative terms implied by "numbers trouble." It admits that there is no tally sheet, no ultimate numerical stasis, and, most importantly, no ultimate adjudicator to whom we apply. It allows for distortion, for flows in multiple directions, deterritorializations whose effects and implications we cannot direct or know in advance. Most practically, we affluent first-worlders cannot merely author or stage discrete "exchanges" with "others" of whatever nationality, gender, or class, without admitting we are deformed by participation in assemblages already becoming, an "extending" whose multiplicitous reach and whose directionality we do not author or control.