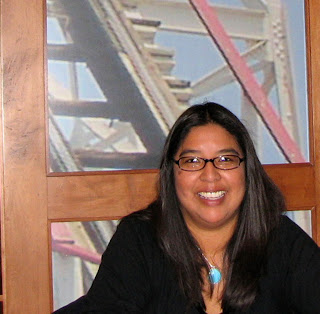 I did get a chance to read both articles in the Chicago Review but was not able to read the original Ashton article that spurred the conversation. Interestingly, as I read both articles I agreed with sections of each. At times, I felt the response was more of an inquiry about each author’s intent. In that sense, the conversation has furthered the dialogue around the disparity between men and women writers and teachers of writing. I agree with Ashton when she expresses regret in not making her “point more baldly” ("The Numbers Trouble with 'Numbers Trouble'”). Spahr and Young’s “Numbers Trouble” was obviously a misreading from Ashton’s point of view. And it very well may have been misread and easily disregarded but as pointed out by Spahr and Young it is Ashton’s tone for “dismissal of female community [that] parallels a larger cultural dismissal of feminism” that draws further investigation.

A misreading such as this has the potential to be quite damning and I am thankful Spahr and Young chose to address it. Ashton’s overall tone in her response burbles in curtness. Never once did I sense camaraderie with Spahr and Young as colleagues seeking fresh knowledge. Yet Spahr and Young’s inquiry splashed in the puddle of playfulness. I did appreciate their accessible language. As a working poet (I work primarily with tribal communities struggling with the English and/or written language) I am very conscious of who is actually invited to join in the conversation based on accessible style and tone of the author. Ashton was not readily accessible and a bit confusing which may account for her feelings of being misread. Then I begin to question her intended audience and motive. Is she a comrade in arms or does she play to follow her own definition of innovation?

Both articles and outside conversations I read on blogs have led me to believe there is an innate trouble when tallying numbers and applying it to humanity. I often wonder if that is an essential complication with using the amalgamated English language. It reminds me of the No Child Left Behind movement. In the end, it is all a numbers game. Yet all the students that are deemed equally proficient are definitely not equal. Does are our movement subvert us to a social Darwinism? And are we prepared for the results?
Posted ∀ at 4:27 PM