About midway through her stunning sequence The Book of the Dead, in the poem “The Dam,” Muriel Rukeyser inserts a small string of numbers that provides a key to much of what comes before and after: 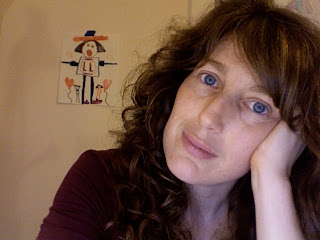 This ticker tape shows a series of high/low and opening/closing stock prices for Union Carbide, the company whose exploitative mining practices in Gauley Bridge, West Virginia, resulted in the death of an estimated 475 to 2,000 miners, the majority of whom were African-American migrant workers. Without Rukeyser’s research and lyric imagination, those numbers might tell a story of shrewd profit. Instead they come to represent the brute greed that took the lives of these miners.

It might seem odd to place these numbers at the start of a response to Julian Spahr and Stephanie Young’s “Numbers Trouble” essay and the debates that followed it. The numbers simply don’t compare. But Rukeyser confirms (as do much of the best writers of documentary poetry) that it takes an act of the imagination to read life into numbers, an act of poetics. What disturbs me far more than the numbers in Spahr and Young’s essay is the lack of imagination and sympathy reflected in the many narratives that have come to be wrapped around them.

For all of the numbers printed in “Number Trouble,” the most salient figure comes here: “female professors earned on average just 81% of what men earned.” These numbers suggest the economics that lurk behind the other numbers included in Spahr and Young’s essay, as well as those compiled by the editors of the Chicago Review. A report published in 2003 by the US General Accounting Office showed that for “full-time wage and salary workers, women’s weekly earnings were about three-fourths of men’s.”[1] The authors of the report then tried to calculate earning discrepancies taking into account the differing levels of education between men and women, hours worked, etc. and still found a 20 percent difference in the salaries of men and women that could not be explained mathematically.

In order to imagine the reality beyond those numbers, one must imagine a difference in the material conditions of many men and women, which may or may not affect the form of our poems but which certainly could affect how those poems are produced, the amount of time we might be able to bring to the writing desk, etc. What range of reality might exist beyond that simple 20 percent difference in salaries? One could easily imagine (if they chose to do so) that wage differences between men and women would be exacerbated by other factors such as race or ethnicity, age, even marital status or sexual orientation. (I’m suspicious of using any one single marker to gauge privilege or disadvantage.)

What troubles me about the numbers that Jennifer Ashton initially gets wrong in the essay that began this whole debate (“on the numerical level the problem of under-representation has been corrected”)--before deciding they don’t matter--is that they speak to a different kind of essentialism. The essentialism they reveal is not created by women poets (innovative or otherwise), but is imposed upon them by a market that values their work less than that of men. Any woman who does not come from the middle- to upper-classes, or is not white, or does not benefit from the privilege of a trust fund or a joint checking account might not be able to dismiss those numbers as quickly as Ashton. And Ashton is not alone.

Emily Warn, writing on the Poetry Foundation’s website, summarized her whole reaction to the conversation as: “I feel bored and a twinge of guilt.”[2] She lumped the numbers debate together with Francisco Aragon’s arguing for the inclusion of more reviews of work by Latino/a poets on the Poetry Foundation website. Warn called them both examples of “advocating on behalf” of a “poetry clan.” Warn suffers from a lack of imagination, an ability to speculate that differences in gender and race do more than simply place us in different “clans,” but may reflect vastly different historical and material realities. In the spirit of no longer reinforcing traditional inequalities, an editor--like Warn--might decide to be an activist who looks beyond the slush pile for work, who realizes (as many editors responding to the Chicago Review numbers did) that women and other traditionally under-represented groups often constitute a significantly smaller number of submissions in the first place. One might also imagine how the over-representation of a particular group would allow certain topics or styles of writing to seem universally appealing, instead of merely being the replication of a comforting and relatively homogenous worldview: one that tends to be white and male and well-heeled. But didn’t we already go over this decades ago?

Numbers are troubling. I am troubled by the number of US soldiers killed today in Iraq, the number of Iraqis killed since the start of the war, the dollar’s continued decline on international markets, the rising murder rates in Juarez, Mexico, and Newark, NJ, the scant amount of money we spend per child on public school education.... In light of these numbers, the numbers of women poets published in anthologies shrink in significance. But the lack of imagination these numbers have inspired do not. It takes both sympathy and imagination to spin a web of connections around the incident at Gauley Bridge as Muriel Rukeyser did--and as practitioners of documentary poetics continue to do.[3] At the end of Brenda Coultas’s lyric investigation “The Bowery Project,” after documenting sidewalk trash piles and makeshift shelters created by the homeless, after chronicling her own attempts at dumpster diving and becoming a public character, Coultas writes: “My own tale is of walking and observing, of imagining.”

Choose to be an activist poet or editor, but don’t choose to simply dismiss evidence of realities that do not correspond to your own. I was born in Newark, NJ, in the winter after the riots. I witnessed the 1994 peso collapse in Mexico City. It has taken very little effort to realize that I have been protected much more than others by privilege and made more vulnerable than some by the facts of class and gender, chance and choice. What I’m calling for here is both an act of ethics and poetics. If we can’t imagine the complexities of our world, how can we begin to change it? The new economy is here; the empire is over. Walk. Look around. Bite down. Hang on. Calculate. Investigate. Imagine. Get to work.

[2] Emily Warn, “Essentialism? Say What?” Harriet: A Blog from the Poetry Foundation, 3 November 2007

[3] In the documentary, Zizek!, the philosopher Slavoj Zizek reminds us that 40 years ago we were still engaged in a fierce debate over whether socialism, communism and capitalism would prevail. Today, noting the prevalence of apocalyptic disaster movies (from Independence Day to Armageddon), Zizek concludes: “The paradox is that it is much easier to imagine the end of all life on earth than a much more modest radical change in capitalism.”
Posted ∀ at 4:26 PM

Your discussion of numbers prompts me to add a non-number of my own. I work at the University of Tennessee. I'm new here, so I'm still learning the benefits packages. A female faculty member recently informed me that women faculty get no maternity leave and are instead encouraged to go on disability, thereby forfeiting their insurance benefits. A number of things about this rankle me. The first of which is that having a child is a disability. The second is that this attitude seems to except women to fall back on a male as a primary breadwinner with a sustaining insurance package. So I guess I'm asking you to add this zero-benefit to that 20% disparity in income. It's particularly pertinent for women who are practicing artists or whose partners are artists and who therefore hope for that university salary to be the primary household income.

You are absolutely right. And we can add to that, the fact that many employers do not offer domestic partner benefits. So it becomes easy to envision how a 20 percent disparity can have a greater impact on some women than others.