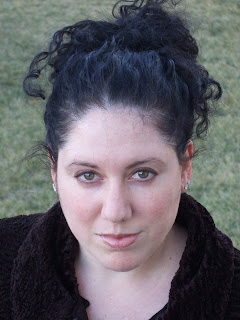 Erika Meitner is the author of Inventory at the All-Night Drugstore (Anhinga Press, 2003). She teaches creative writing (mostly poetry) in the MFA program at Virginia Tech (where she also teaches a course in Jewish and Muslim women's literature), and is simultaneously completing her PhD in religious studies at the University of Virginia in her extensive spare time.

When I first read these books, I stayed up all night to finish both of them. They were about complex, dangerous subjects (war, Iran, coming-of-age as a woman, immigration, alienation), but in comic book form, which made me feel like I was getting away with something naughty by flying through them in the time it might take to watch a few episodes of Law & Order SVU.

When I finished these books, I wanted to learn to draw, and was just a little sad that I hadn't grown up under a deeply oppressive regime.

These books will shatter every stereotype you ever had about Muslim women, Iranian women, and Iran in general.

These books are vast experiments with genre-bending that succeed wildly.


Trailer for the movie version! 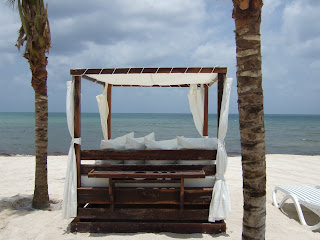 I am currently writing this dispatch from the beach--the Riviera Maya, to be exact, in Mexico (see beach bed picture). Since I splotch, rather than tan, I'm tucked under a shaded cover between two palm trees, slathered in SPF 55 (cream) with an SPF 70 sprayed over the lotion, hoping for the best. If they made a gauzy beach chador, I'd be wearing one. My pick for Deviant Beach Reads is a set of graphic memoirs (duo? diptych?) by Marjane Satrapi: Persepolis: The Story of a Childhood, and Persepolis 2: The Story of a Return. I first read these books far, far from the beach, when I decided to do an independent study in graduate school in women's literature of the Middle East and North Africa. Satrapi is Iranian, and her books tell the story of her life (starting at age 9) after the Islamic Revolution, when fundamentalist rebels overthrow the Shah. The first book covers her life in Iran through age 14, up until her very liberal parents finally send her to school in Austria to escape the danger and strictures of life under the oppressive Islamic regime. The second book tackles her adolescence abroad sans parents, a brief stint of homelessness, and her eventual return to Iran.

What I adore about these books is something sort of dorky and un-beachlike: the conversation between form and content. When women in Iran are required to don chadors, they're made invisible, turned into identical shapeless masses--negative spaces that move through the country's landscapes. But by the simple act of inserting women (both veiled and unveiled) in her work, Satrapi frames them and makes them explicitly visible. What was an erasure becomes bold positive presence in the black and white graphic memoir format. This visibility becomes even more subversive when Satrapi uses her drawings as x-ray vision, to show us the individuality that lies beneath each woman's chador. She paints public encounters with religious authorities by showing her readers the disconnect between her words (official, regulated) and her body language, facial expressions, or imagined thoughts (natural, snarky, irreverent). And she takes us Westerners inside her private worlds of girlhood and Iranian family life, and lets us see her characters (herself included) during their most undone moments. Satrapi is funny, head-strong, and rebellious, yet she isn't afraid to simultaneously show her readers some really loathsome moments in her life. This makes her both heroic and easy to identify with--a rare combination in a book.
Posted ∀ at 1:21 AM