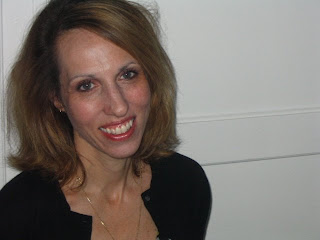 Kathleen Ossip is the author of The Search Engine, which won the APR/Honickman First Book Prize, and of Cinephrastics, a chapbook of movie poems. She teaches at The New School, where she's an Editor at Large for LIT, and she is the Poetry Editor of Women's Studies Quarterly. She has received a fellowship in poetry from the New York Foundation for the Arts.

The Middle Room is a mammoth (633 pages) addictive memoir, tracing Moxley's development as a poet and a sentient being amid a group of fellow artists at San Diego State University in the 1980s. It reads like a 19th-century comic novel (Moxley refers repeatedly to her “nostalgic longings”): a tale where you can't wait to find out what happens next (will they/won't they get to bed is one of the repeated dramas, as well as will she/won't she find poetic integrity), plus habitual explorations of the heroine's mind-states (“There was a secret force deep in my psyche which, like a Cold War double agent, worked in tandem with my insecurity, a sort of wicked interior spy that emerged at the most inopportune moments to make sport of all my fears and fill me with crippling self-doubt as regards my natural fitness to live the life of the mind.”) It's hilarious and moving and intellectually rigorous, and takes the reader up only until, at the age of 26, she moves to Providence after her mother's death with Steve Evans, her longtime crush.

When I first read this book, I sat in a beach chair for five hours and entrusted my daughter's continued existence to the teenage lifeguards at the town pool. A deviant pool read, for sure!

This book will send you to Moxley's poetry, I hope. (See link below.)

This book records the interior and exterior experiences of a super-conscious individual, with lots of poetry and sex.

This book is sonorous precision.

It was but three days after my breathless sprint from Steve's student apartment to the safety of Jo's Renault when I returned to campus to attend the George Oppen symposium. Against the muted sun of dusk even my mind's eye had difficulty recreating the brilliant light that had blazed atop Helena's Mont Blanc, bathing the evening of my twenty-second birthday in a glow as seductive and otherworldly as had been the light from that hug Thornfield refrigerator when it momentarily turned my friend into the quiet image of a contemplative Vermeer.

Bonus link to three prose poems by Moxley - they take the depression out of despair, making it every bit as vivid and full of possibility as joy.
Posted ∀ at 1:11 AM