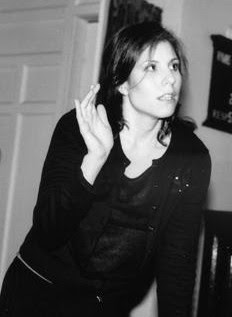 Michele Battiste lives in NYC where she teaches for Gotham Writers Workshops and raises funds for Helen Keller International, a global health organization that fights blindness and malnutrition. Her first full-length collection, Ink for an Odd Cartography, was released in April by Black Lawrence Press. 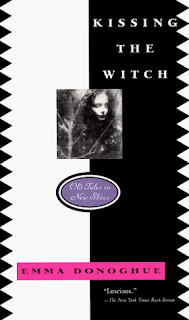 My friend Vanessa loaned me Emma Donoghue's Kissing the Witch: Old Tales in New Skins back in '99. I kept it. I wrote my name in it. I wasn't giving it up. Ever since I read

Anne Sexton's Transformations, I've been a sucker for the re-telling of fairy tales, from 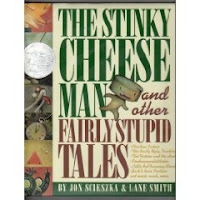 But Donoghue does more than re-tell the 13 traditional fairy tales included in the collection, she reclaims them from the terrifying omniscient narrator (who always dictated just how a girl was supposed to behave as well as the miserable consequences of any deviation from that proscription), and gives the heroines their first-person voices.

Discussing the first night of the ball, Donoghue's version of Cinderella notes, "I refused a canape and kept my belly pulled in. Under the thousand crystal candelabras I danced with ten elderly gentlemen who had nothing to say but did not let that stop them. I answered only, Indeed and Oh yes and Do you think so?" It seems Cinderella also knows how a girl is supposed to behave, but she, like each of Donoghue's heroines, has the option to reject the patriarchally appropriate and to choose her own fate.

Even better than Donoghue's intent is her facility with gorgeous, sensual language. Opening a page at random, I come across, "I remember nothing of my early childhood except the odd glimpse of rust on a gate, butter in a churn. I knew what a town was, and a plough, and a baby, though I couldn't remember ever having laid eyes on these things." Luscious. Simple. Unapologetically possessive of the story (in this case, Rapunzel). The Brothers Grimm can suck it. These are my fairy tales.
Posted ∀ at 1:53 AM

3 - rolled over to hug my partner

4 - cause you to count your breathing

7 - “Shush, she’d say, then read a story - spoken, soothing - the words not grasped as logic - discrete, defined - but rather as sound with rounded intention - offered as maternal/love, directly onto the body.”

Stinky Cheese Man was my favorite book as a child. It's the reason I went into illustration for children. You can see some of my work at www.studiomme.com.