back in amerika...and getting ready to leave again

Reprinted in memorium from the dusie listserv.
Posted ∀ at 12:14 PM No comments: 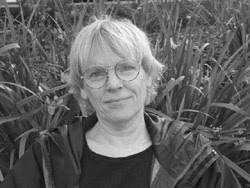 BlazeVox has release a new e-book of kari's work, having been blue for charity
Posted ∀ at 10:13 AM No comments: