SONG OF THE MEN


In a field of flowered grains
many men held guns
or cameras making tiny flowered
pictures on the screen.

The sun was shining on the beach
and some men were looking
at bodies drying in the sun,
slivered into living.

And on the street the man
stopped me and said, I need
to see you; when I come up to you
like this, you should be used

to this. Now in a suburb close at hand
their eyes are orange like suns
and when they shine on what they need
“no man should be embarrassed.”


LINDSAY TURNER'S poems, criticism, and translations have appeared or are forthcoming in Lana Turner Journal, Boston Review, Kenyon Review, Drunken Boat, WebConjunctions, FIELD, Denver Quarterly, The Los Angeles Review of Books, and elsewhere.  She's a PhD candidate in English at the University of Virginia and lives wherever she can.


Curatorial note: The following poems are a response to a call for poetry about rape culture for the annual Delirious Advent Feature; the call is in turn an immediate response to the Rolling Stone story “A Rape on Campus” about rape culture at the University of Virginia. However, they are also part of a larger conversation about rape in poetry communities. Curated by Jessica Smith and Susana Gardner.
Posted ∀ at 7:00 AM No comments: 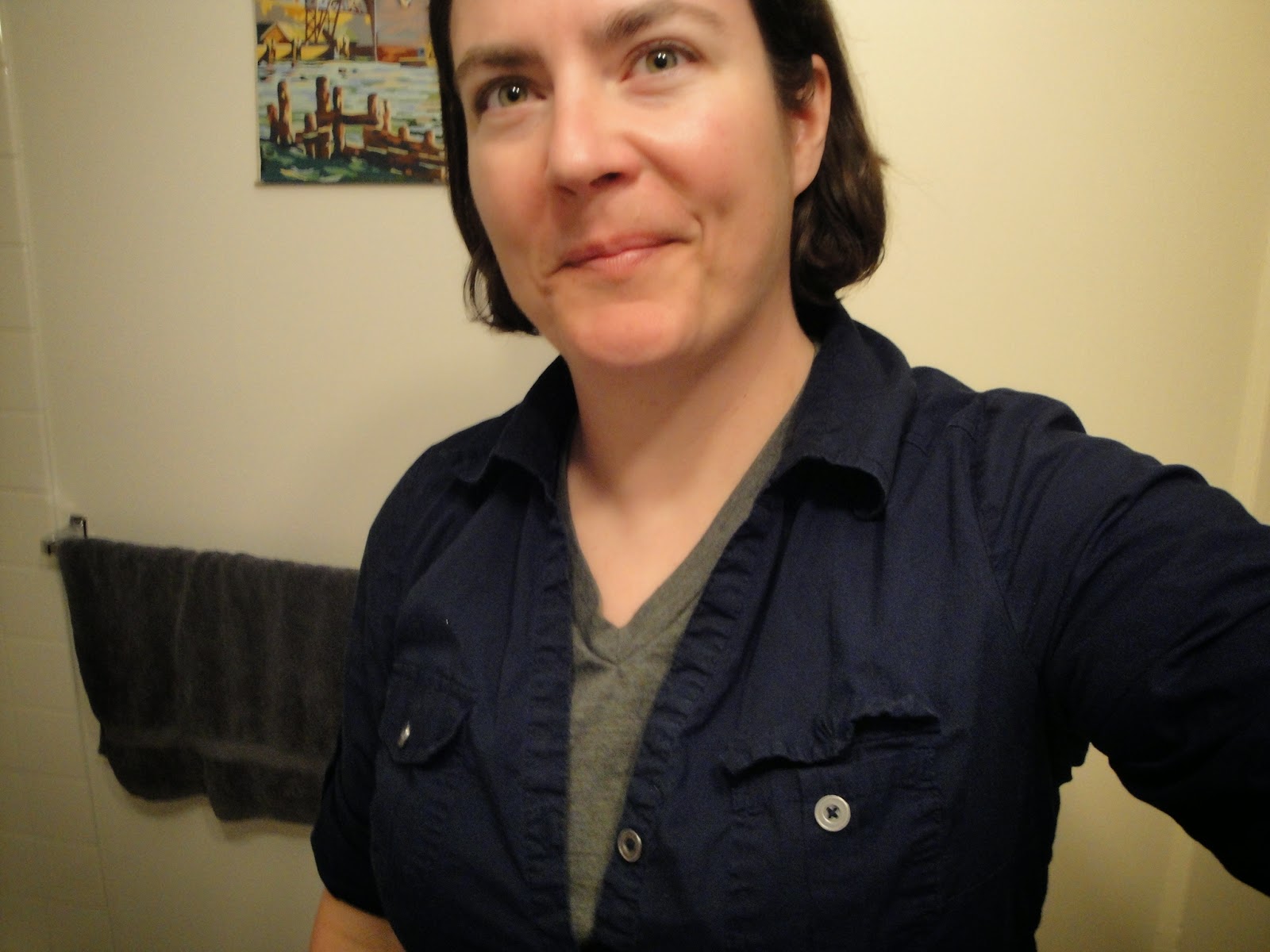 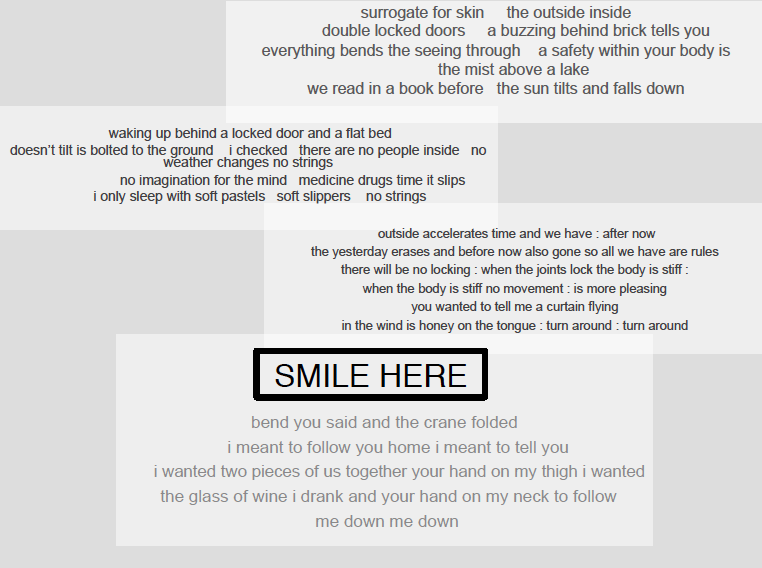 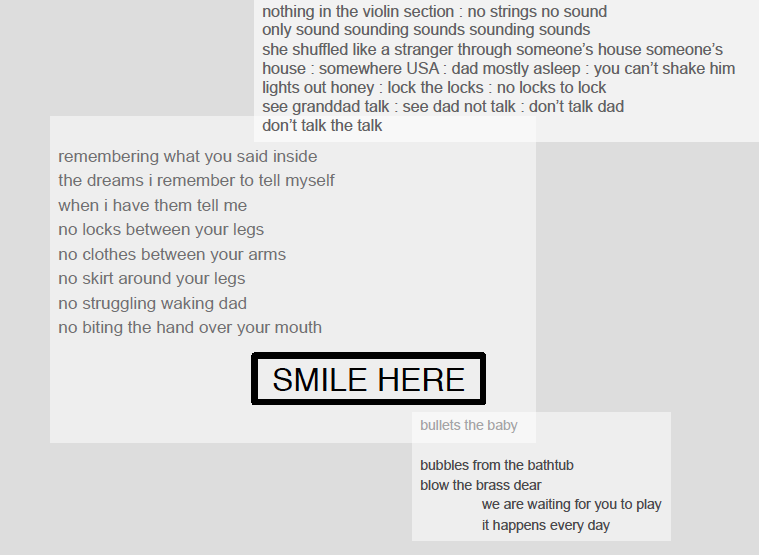 ANNIE WON is a poet, yoga teacher, and medicinal chemist who resides in Somerville, MA. Annie is particularly interested in spaces of mind, body, and page. She is a Kundiman Fellow and a Juniper Writing Institute scholarship recipient. Her chapbook with Brenda Iijima, Once Upon a Building Block, published with Horse Less Press this summer, and her chapbook, so i can sleep, is forthcoming from Nous-Zot Press. Her work has appeared in Shampoo and RealPoetik, and is forthcoming from EAOGH, TheThePoetry, TENDE RLION, and New Delta Review. Her critical reviews can be seen at American Microreviews and Interviews.

When I wanted to die in San Francisco but instead I went for a walk, and I found myself in a bookstore just as the first meeting of a Baby-sitters Club book club was about to begin.

When I would listen to Nine Inch Nails The Downward Spiral while I did crunches in high school/    the heat of the music makes you hate yourself.

When I’d walk around the neighborhood barefoot in the summer. I’d wear Emilie’s grainy cardigan sweater, eat green beans from a can, feel “healthy.”

When I swam 50 free and I’d try to imagine my boyfriend at the other end of the pool. But not just my boyfriend, not my actual boyfriend.

The idea of having something tragic to live for/         something to swim for.

When Laura said you burn six calories a minute from dancing rigorously so we tried it in my bedroom/      decades of it not occurring to me that my brain was part of my body.

Fields and fields of dandelions and flasks filled with Peachtree and my brain was a part of my body.

I read online that many cutters find they can achieve the same rush of endorphins from running or other rigorous exercise.

I read that to Michael and he found it laughable/      I felt like I should have been laughing.

Things that saved my life: Hole, Ani, Tori. Not the hole that I cut in my arm or the one in my jeans or the ozone like I was a planet.

“I hurt myself today/ to see if I still feel”
but I always thought that was putting it really tritely.

My Holly Golightly Barbie Doll but ironically, but beautifully.
The “writing graffiti on your body.” The “pieces of me you’ve never seen.”

Kurt Cobain on the elliptical.
Janis Joplin crying in her bed / working full-time.

Searching my doc for “a room of one’s own.”
Searching Emily Dickinson’s poems.
Emily Dickinson at the end of the pool/
meeting me at the gym, pushing me in.


Marisa Crawford is the author of the poetry collection The Haunted House (Switchback, 2010), and the chapbook 8th Grade Hippie Chic (Immaculate Disciples, 2013). Her writing has recently appeared in Fanzine, The Hairpin, and Bitch, and is forthcoming in Electric Gurlesque (Saturnalia, 2016) and The &NOW Awards 3: Best Innovative Writing (&NOW, 2015). Marisa is founding editor of the feminist blog WEIRD SISTER, and lives in Brooklyn, NY. 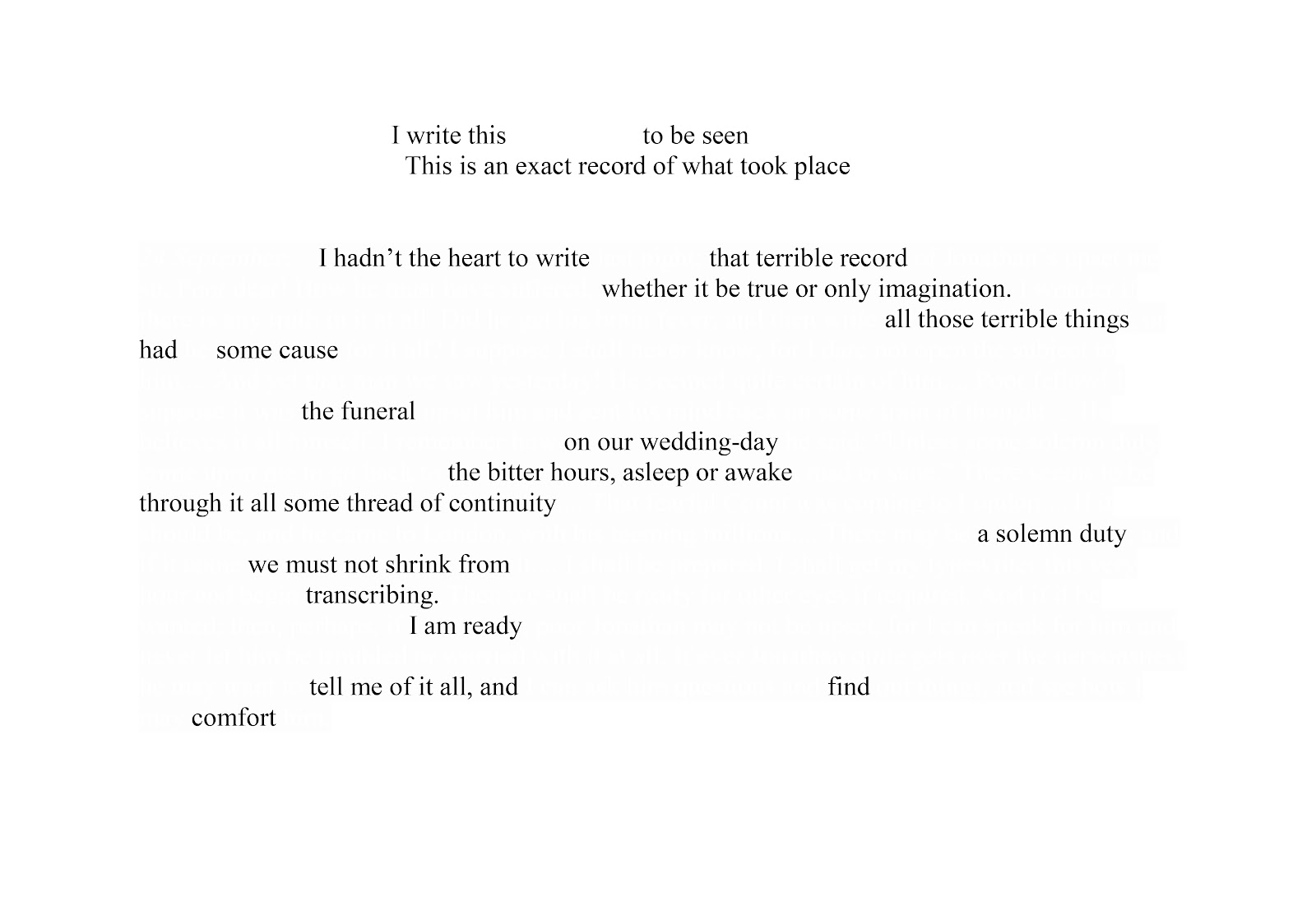 GILLIAN DEVEREUX received her MFA in Poetry from Old Dominion University and directs the writing Center at Wheelock College in Boston, where she also teaches creative writing. She is the author of Focus on Grammar (dancing girl press, 2012) and They Used to Dance on Saturday Nights (Aforementioned Productions, 2011), and her poems have appeared in numerous journals, most recently The Midwest Quarterly, The Rain, Party, and Disaster Society, Sundog Lit, Boog City, and Printer’s Devil Review. Follow her on Twitter (@fromthistles) or Tumblr (http://neomodernmix.tumblr.com). These poems come from a book length erasure manuscript which uses letters and journals written by women in Bram Stoker's Dracula as source texts.


Curatorial note: The following poems are a response to a call for poetry about rape culture for the annual Delirious Advent Feature; the call is in turn an immediate response to the Rolling Stone story “A Rape on Campus” about rape culture at the University of Virginia. However, they are also part of a larger conversation about rape in poetry communities. Curated by Jessica Smith and Susana Gardner.